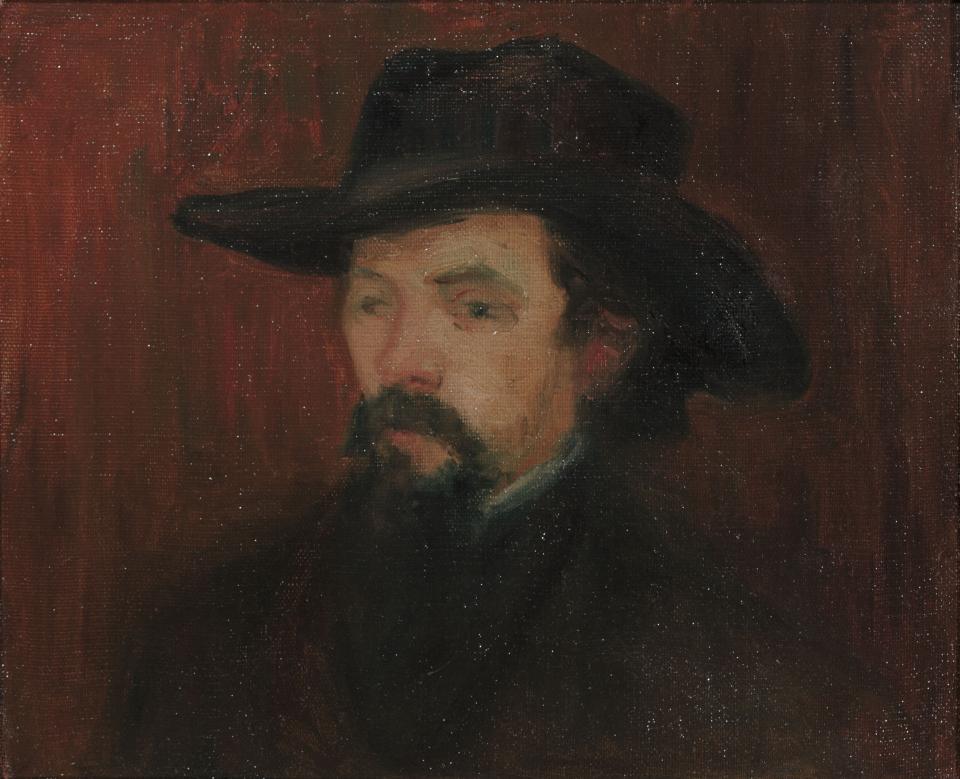 Bolesław Bałzukiewicz (1879–1935) completed his studies in art long before the First World War. Between 1897 and 1902 he studied at the Krakow Art Academy, and then at the "École des Beaux-Arts" in Paris. But when he began to lecture at Stephen Batory University in Vilnius in 1919, he probably felt the need to renew his skills at working from life. He became known for his monuments, and did not make many images of women. The monuments he made to Stanisław Moniuszko and Józef Montvila are still standing in Vilnius. Unfortunately, the tombstone of Bishop Jan Cieplak, which sat in a recess in the north aisle of Vilnius Cathedral until the 20th century, has disappeared without a trace. However, an intimate ceramic statuette of a nude woman made from brittle terracotta has survived, and reflects Bałzukiewicz’s adherence to the principles of academic art.

Reference: "More Than Just Beauty. The Image of Woman in the LAWIN collection." Compiled by G. Jankevičiūtė. Vilnius, LAWIN, 2012., Kat. No. 221.

Born on 12 February 1879 in Vilnius, died on 13 February 1935 in Vilnius. In 1894–1897, he attended the Vilnius Drawing School and the Free Classes of Technical Drawing and Draughtsmanship. In 1897–1902, supported by patron Józef Montwiłł, he studied sculpture at the Cracow Academy of Fine Arts. In 1902–1903, he improved his skills at the École nationale des beaux-arts in Paris under Antonin Mercié. In 1904, he returned to Vilnius and became actively involved in the city’s artistic scene. In the spring of 1908, Bałzukiewicz left for Paris again, and lived in Le Ruche, later – in sculptor Antoni Wiwulski’s studio. He was a member of the Polish Artists’ Society (Towarzystwo Artystów Polskich) in Paris. Circa 1919, he returned to Vilnius, and was invited to lead the Sculpture Studio at Stephen Báthory University. In 1920, he became an assistant professor. He was a member of the Vilnius Artists’ Society (Wileńskie Towarzystwo artystów Plastyków). Bałzukiewicz is one of the most prominent sculptors of Lithuania of the first half of the 20th century. His work is diverse: realistic round sculptures, groups of figures, busts, sculptures of saints, medallions, reliefs, and sculptures for public spaces. A separate field of his work is memorial sculpture: monuments to Józef Montwiłł, Stanisław Moniuszko, memorial plaques and busts, tombstone monuments. The artist created small-scale prints in the lithographic, etching, woodcut and linocut techniques. He also painted some portraits and landscapes. He took part in exhibitions in Vilnius and showed his works in Paris (Grand Palais, 1908; Salon des Artistes français, 1909; Salon Société Nationale des Beaux-Arts, 1912, 1914, and others).