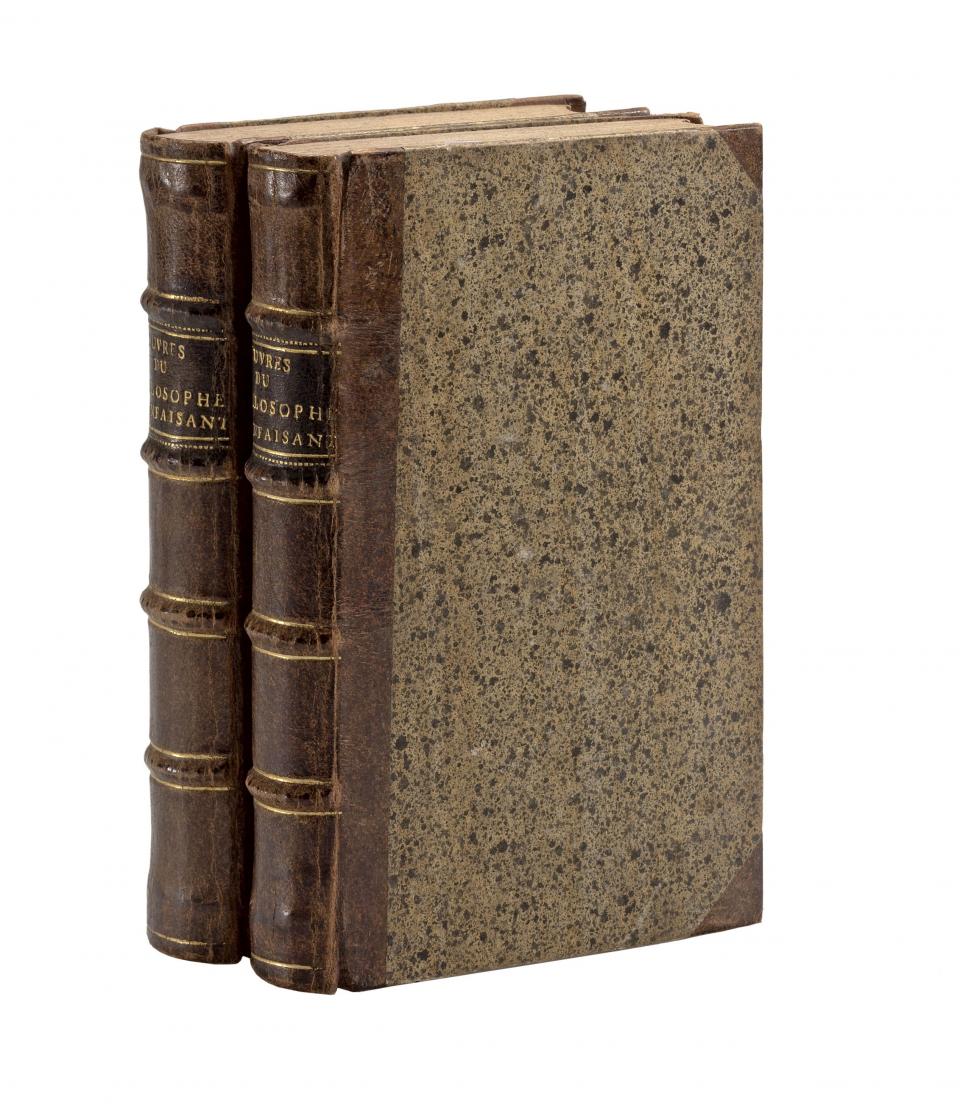 Stanisław was born into a powerful magnate family of Greater Poland, and he had the opportunity to travel to western Europe in his youth. In 1702 King Charles XII of Sweden marched into the country as part of a continuing series of conflicts between the powers of northern Europe. Charles forced the Polish nobility to depose Poland’s king, Augustus II the Strong and then placed Stanisław on the throne (1704). The early 18th century was a period of great problems and turmoil for Poland. In 1709 Charles was defeated by the Russians at the Battle of Poltava and withdrew to Sweden, leaving Stanisław without any real and stable support. Augustus II regained the Polish throne, and Stanisław left the country to settle in the French province of Alsace. In 1725 Stanisław’s daughter Marie Leszczyńska married Louis XV of France.

When Augustus died in 1733, Stanisław sought to regain the Polish throne with the help of French support for his candidacy. After travelling to Warsaw in disguise, he was elected king of Poland by an overwhelming majority of the Diet. However before his coronation, Russia and Austria, fearing Stanisław would unite Poland in the Swedish-French alliance, invaded the country to annul his election. Stanisław was once more deposed, and, under Russian pressure, a small minority in the Diet elected the Saxon elector Frederick Augustus II to the Polish throne as Augustus III. Stanisław retreated to the city of Gdańsk (Danzig) to wait for French assistance, which did not come. Fleeing before the city fell to its Russian besiegers, he then journeyed to Königsberg in Prussia, where he directed guerrilla warfare against the new king and his Russian supporters. The Peace of Vienna in 1738 recognised Augustus III as king of Poland but allowed Stanisław to keep his royal titles while granting him the provinces of Lorraine and Bar for life.

In Lorraine, Stanisław proved to be a good administrator and promoted economic development. His court at Lunéville became famous as a cultural centre, and he founded an academy of science at Nancy and a military college. In 1749 he published a book entitled Free Voice to Make Freedom Safe, an outline of his proposed changes in the Polish constitution. Editions of his letters to his daughter Marie, to the kings of Prussia, and to Jacques Hulin, his minister at Versailles, have been published.

Born in Lwów in 1677, he was the son of Rafał Leszczyński, voivode of Poznań Voivodeship, and Anna Katarzyna Jabłonowska. He married Katarzyna Opalińska, by whom he had a daughter, Maria, who became Queen of France as wife of Louis XV. In 1697, as Cup-bearer of Poland, he signed the confirmation of the articles of election of August II the Strong. In 1703 he joined the Lithuanian Confederation, which the Sapiehas with the aid of Sweden had formed against August.

The following year, Stanisław was selected by Charles XII of Sweden after a successful Swedish invasion of Poland, to supersede Augustus II, who was hostile towards the Swedes. Leszczyński was a young man of blameless antecedents, respectable talents, and came from an ancient family, but certainly without sufficient force of character or political influence to sustain himself on so unstable a throne.

Nevertheless, with the assistance of a bribing fund and an army corps, the Swedes succeeded in procuring his election by a scratch assembly of half a dozen castellans and a few score of gentlemen on 12 July 1704. A few months later, Stanisław was forced by a sudden inroad of August to seek refuge in the Swedish camp, but finally on 24 September 1705, he was crowned king with great splendor. Charles himself supplied his nominee with a new crown and scepter in lieu of the ancient Polish regalia, which had been carried off to Saxony by August. During this time the King of Sweden sent Peter Estenberg to King Stanislaw to act as an ambassador and correspondence secretary. The Polish king's first act was to cement an alliance with Charles XII whereby the Polish-Lithuanian Commonwealth engaged to assist Sweden against the Russian tsar. Stanisław did what he could to assist his patron. Thus, he induced Ivan Mazepa, the Cossack hetman, to desert Peter the Great at the most critical period of the Great Northern War between Russia and Sweden, and Stanisław placed a small army corps at the disposal of the Swedes. But Stanisław depended so entirely on the success of Charles' arms that after the Battle of Poltava (1709) Stanisław's authority vanished as a dream at the first touch of reality. During this period Stanisław resided in the town of Rydzyna.

The vast majority of Poles hastened to repudiate Stanisław and make their peace with August. Henceforth a mere pensioner of Charles XII, Stanisław accompanied Krassow's army corps in its retreat to Swedish Pomerania. On the restoration of Augustus, Stanisław resigned the Polish Crown (though he retained the royal title) in exchange for the little principality of Zweibrücken. In 1716, an assassination was attempted by a Saxon officer, Lacroix, but Stanisław was saved by Stanisław Poniatowski, father of the future king. Stanisław Leszczyński then resided at Wissembourg in Alsace. In 1725, he had the satisfaction of seeing his daughter Maria become queen consort of Louis XV of France. From 1725 to 1733, Stanisław lived at the Château de Chambord.

Stanislaw's son-in-law Louis XV supported his claims to the Polish throne after the death of August II the Strong in 1733, which led to the War of the Polish Succession. In September 1733, Stanisław himself arrived at Warsaw, having traveled night and day through central Europe disguised as a coachman. On the following day, despite many protests, Stanisław was duly elected King of Poland for the second time. However, Russia was opposed to any nominee of France and Sweden. Russia protested against his election at once, in favor of the new Elector of Saxony, as being the candidate of her Austrian ally.

On 30 June 1734, a Russian army of 20,000 under Peter Lacy, after proclaiming August III the Saxon at Warsaw, proceeded to besiege Stanisław at Danzig, where he was entrenched with his partisans (including the Primate and the French and Swedish ministers) to await the relief that had been promised by France.

The siege began in October 1734. On 17 March 1735, Marshal Münnich superseded Peter Lacy, and on 20 May 1735 the long-expected French fleet appeared and disembarked 2,400 men on Westerplatte. A week later, this little army gallantly attempted to force the Russian entrenchments, but was finally compelled to surrender. This was the first time that France and Russia had met as foes in the field. On 30 June 1735, Danzig capitulated unconditionally, after sustaining a siege of 135 days which cost the Russians 8,000 men.

Disguised as a peasant, Stanisław had contrived to escape two days before. He reappeared at Königsberg, whence he issued a manifesto to his partisans which resulted in the formation of a confederation on his behalf, and the despatch of a Polish envoy to Paris to urge France to invade Saxony with at least 40,000 men. In Ukraine too, Count Nicholas Potocki kept on foot to support Stanisław a motley host of 50,000 men, which was ultimately scattered by the Russians.

On 26 January 1736, Stanisław again abdicated the throne, but received in compensation the Duchy of Lorraine and of Bar, which was to revert to France on his death. In 1738, he sold his estates of Rydzyna and Leszno to Count (later Prince) Alexander Joseph Sułkowski. He settled at Lunéville, founded there in 1750 both the Académie de Stanislas and Bibliothèque municipale de Nancy, and devoted himself for the rest of his life to science and philanthropy, engaging most notably in controversy with Rousseau. He also published Głos wolny wolność ubezpieczający, one of the most important political treatises of the Polish Enlightenment.

Stanisław was still living at the time of the birth of his great-great-granddaughter, Archduchess Maria Theresa of Austria, in 1762. He died in 1766, aged 88 as a result of serious burns - his silk attire caught fire from a spark while the King was snoozing near the fireplace in his palace in Lunéville. He was medically treated for several days but died of wounds on 23 February. He was the longest surviving Polish king.

Originally buried in France, following the French Revolution his remains were brought back to Poland and buried in the royal tomb of the Wawel Cathedral in Kraków.