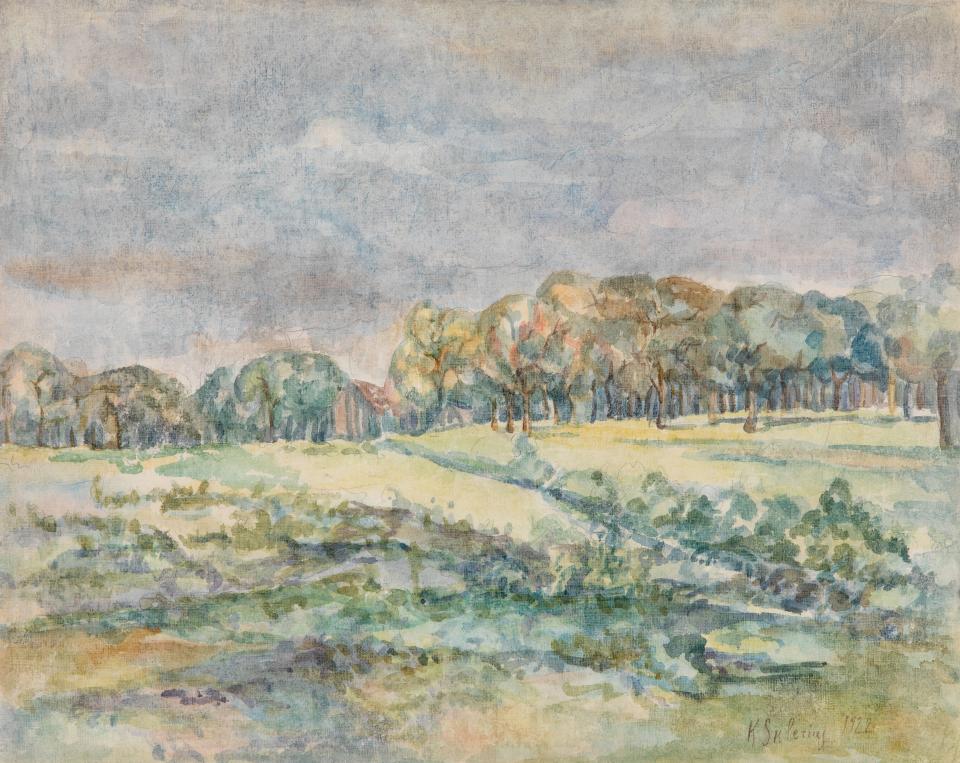 Watercolourist, sculptor and teacher Kajetonas Sklėrius was born on 27 July 1876 in Kunigiškiai village, Svėdasai rural district, (now Anykščiai district). In 1896–1903 he studied sculpture at the A. Stieglitz technical drawing school in St. Petersburg. In 1903 he was engaged in restoration works in Saints Peter and Paul Church in Vilnius. Between 1904 and 1915 he taught drawing at the commercial school and Gymnasium of Liepoja. In 1907 he painted his first watercolours and in 1913 he displayed his watercolours in an exhibition in Liepoja. In 1912 he travelled to Belgium, France and Switzerland, visited museums in Paris and grew fascinated with French impressionism. In 1915–1918 he lived in St. Petersburg and for a short period in 1918 he headed the sculpture studio of a local technical school in Tallinn, and then moved to Vilnius. In 1921–1922 he lived in Moscow and worked there at the Diplomatic Mission of the Republic of Lithuania. In 1922–1923 he supervised the newly established M. K. Čiurlionis Gallery and until 1932 lectured on sculpture, drawing techniques and watercolour at the Kaunas School of Art. Between 1925 and 1929 he was director of that school. In 1929 and 1931 he travelled to Italy, France and Switzerland, and painted transparent and colourful pictures, which were among the very best of his watercolours. In 1929 he arranged a watercolour exhibition in Kaunas. He died on 14 January 1932 in Kaunas.