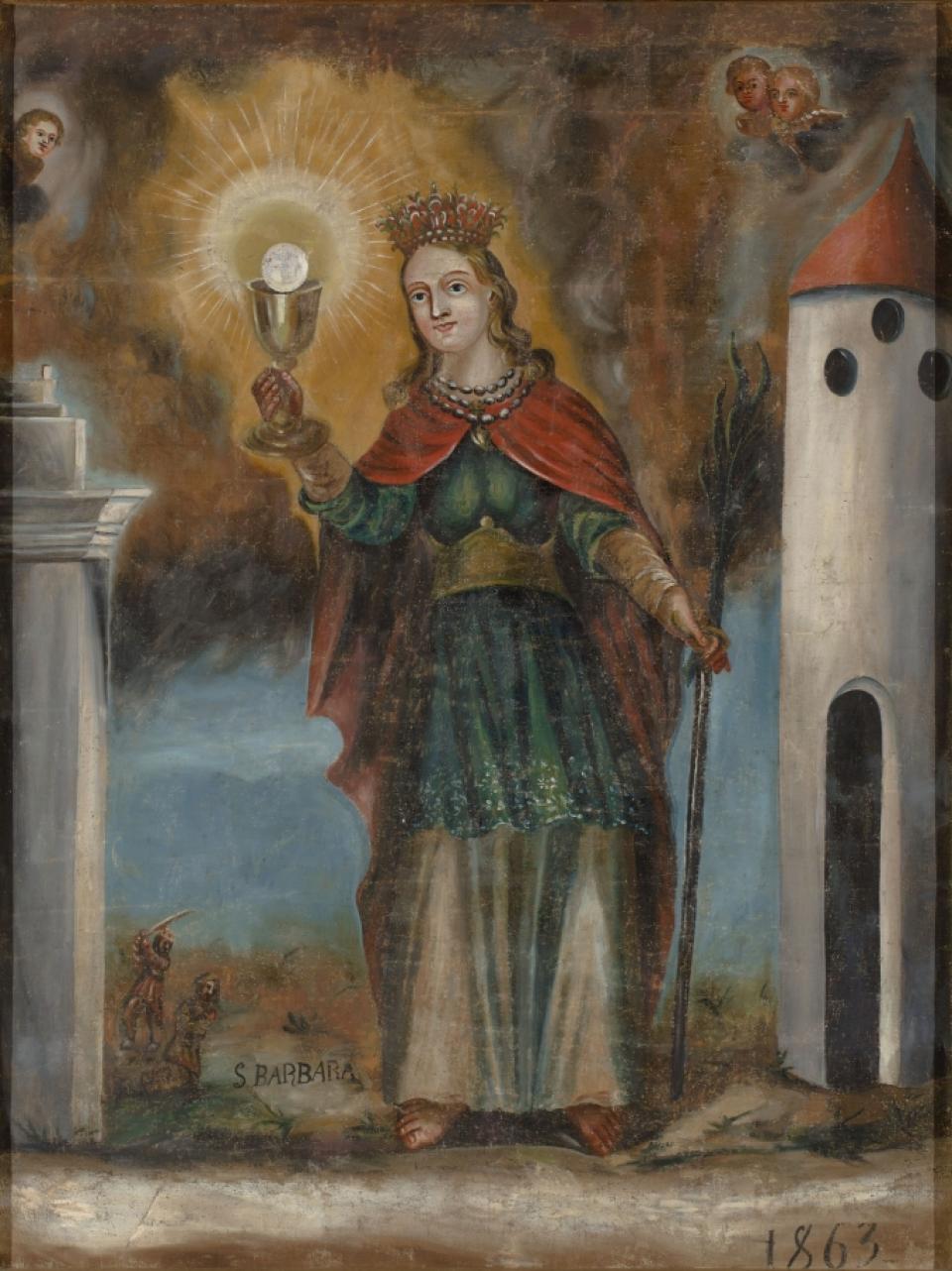 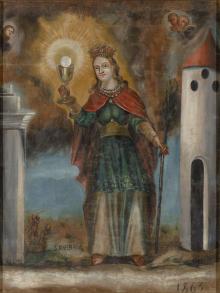 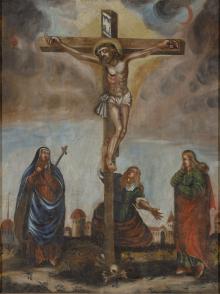 A two-sided picture St Barbara and the Crucifixion

Signature: inscriptions at the bottom of the picture of St Barbara: S.BARBARA; 1863.

The tradition of folk painting is not as strong as that of folk sculpture. There are two main kinds of pictures, those by amateur artists and those by trained painters. The amateur works stand out by their primitiveness. The centre of a composition is usually occupied by the large static figure of a saint, often outlined in black, and the colours are intense and contrasting: bright reds, blues, greens and yellows. Perspective and human proportions are depicted better in works by trained painters, in which characteristic features of the times and a typical Baroque style can often be seen.

The pictures The Crucifixion and St Barbara were painted by an artist who had studied painting. The expressive folds of drapery and the contrasting colours create a dramatic mood. St Barbara is portrayed in regal dress and with a crown, as befits her status. She is holding a chalice with the Host, a palm, and the sword with which she was decapitated. On the right is a tower with three windows, in which she was locked up by her father. The unknown artist expanded the theme by including the decapitation scene in the distance, and the heads of angels at the top. The yellow light in the sky reveals the face of the saint and her individual attribute, a chalice with the shining Host (Text author Skaidrė Urbonienė).