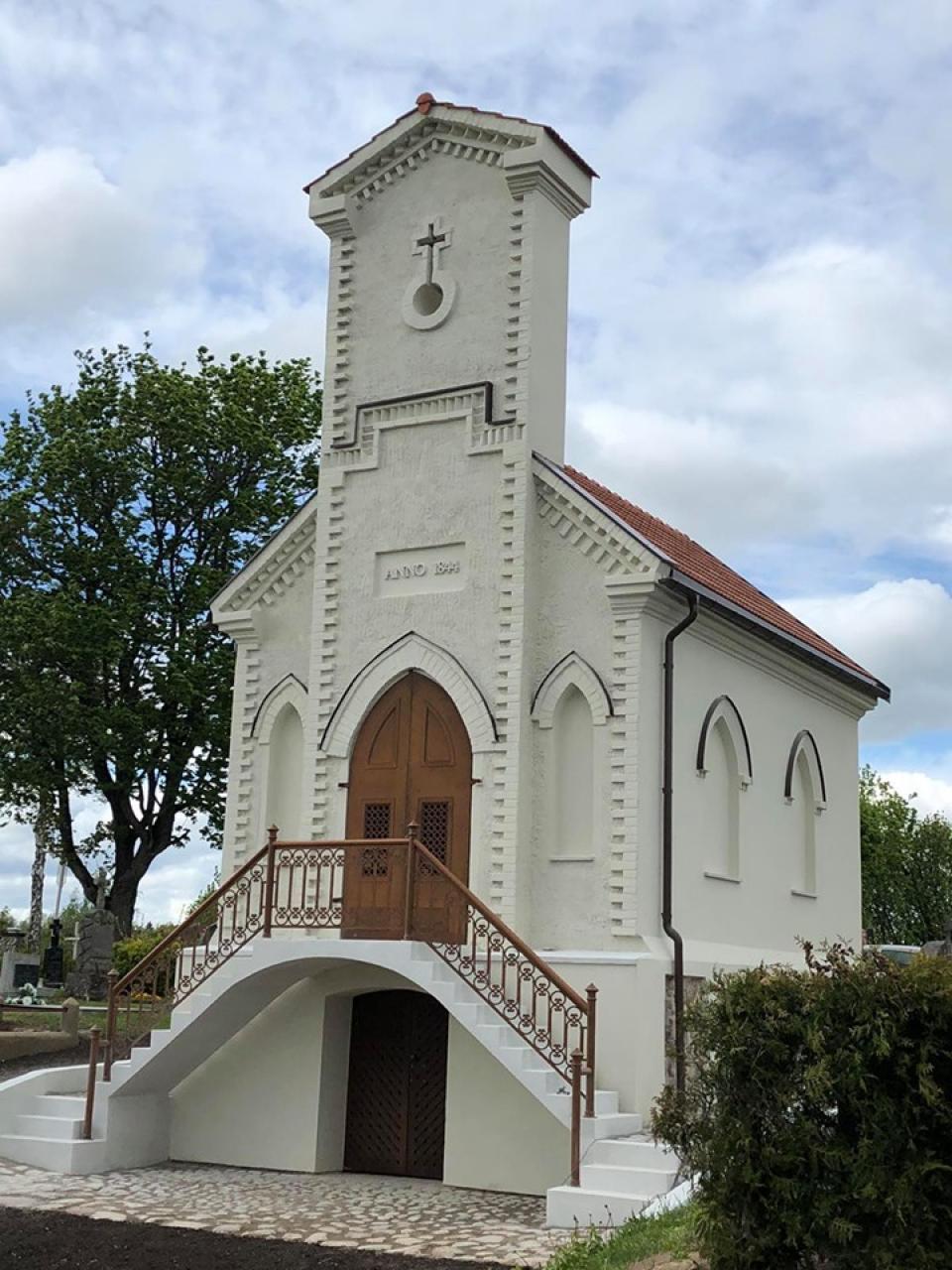 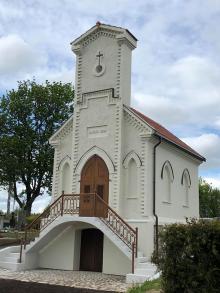 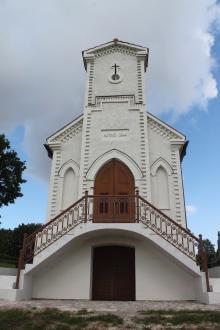 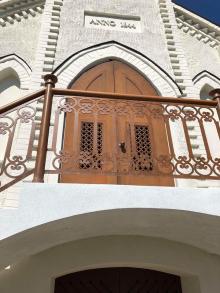 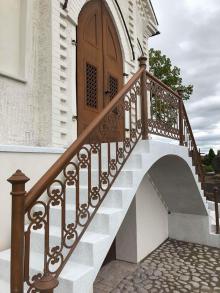 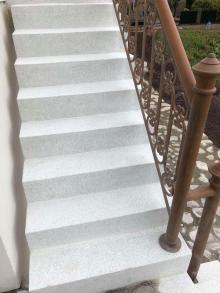 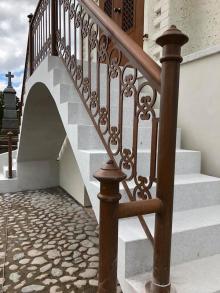 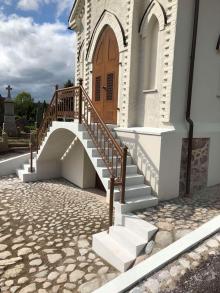 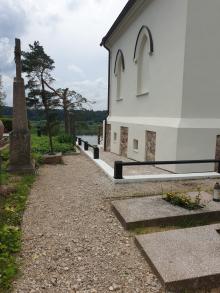 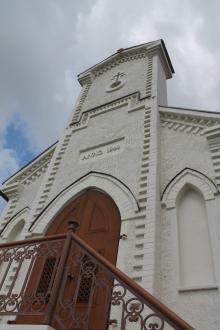 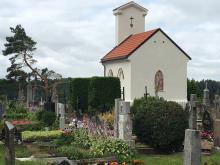 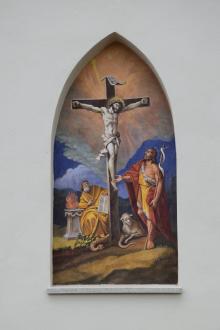 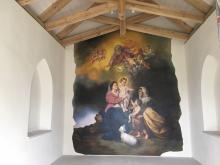 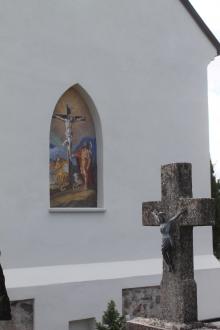 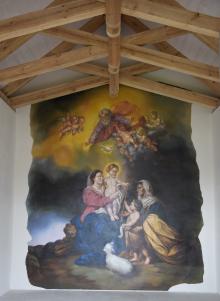 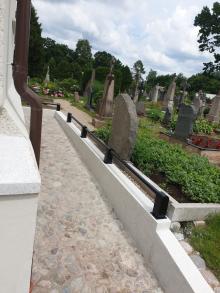 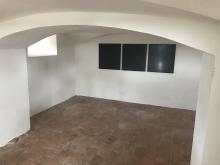 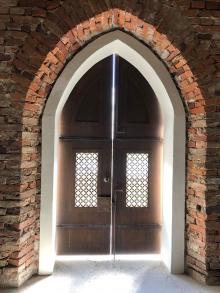 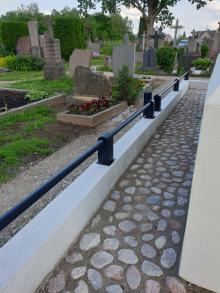 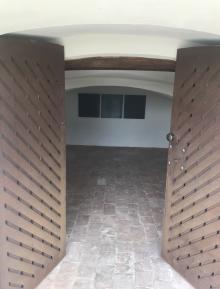 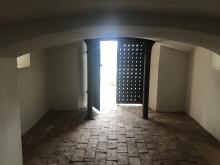 Located in the Catholic cemetery at the end of Dariaus ir Girėno Street in Veliuona, Jurbarkas district, the Zaleski family chapel-mausoleum dates back to the times of the nobles Zaleski. This little chapel looms some 1.6 km to the west of the Veliuona manor. Some sources say that the chapel was built in 1814, while other (official) data point to 1844 as the year of completion of the chapel’s construction.

The decrepit stonework Zaleski burial chapel is the highlight of the cemetery. Only the walls with narrow-arch door and window openings typical of stylistic architecture had remained. The building has one storey and a floor area of 26 sq. m. The chapel’s front faces the Nemunas valley. In January 2019, Jurbarkas district municipality announced an open tender to sell the chapel. After many years without an owner, the chapel was bought to Dr Jaunius Gumbis, patron of Lithuanian art. The year 2020 saw the completion of the renovations of the chapel.

1833 is considered to be the year when the Veliuona parish cemetery was established. The cemetery was founded on a tall bank of the Nemunas. No tombstones of the first half of the 19th century have survived. Several late-19th century headstone monuments still stand. The Zaleskis, who owned the Veliuona manor, chose the graveyard as the site for their burial chapel. It marked the centre of the cemetery as it was back then. Common parishioners would be buried further away from the centre.

During World War One, an incoming shell from Suvalkija smashed through the roof of the chapel. There was a funeral service taking place at the time, and the military on the other side of the Nemunas saw groups of people moving about the chapel and fired the shell. After the war had ended, the Zaleski chapel had still retained its window frames and tiled roof, but no one took to repairing it. During the Feast of Corpus Christi in 1932, Rev. Polonskis placed altars on Vytauto Street, led a procession to the cemetery, and held a prayer for the dead. After World War Two, robbers forced the door to the Zaleski chapel’s cellar open and stirred the remains of the Zaleski dead in search for gold. After that, the entrance to the cellar was sealed.

The second half of the 20th century saw an expansion of the old cemetery. Across from the old Catholic cemetery, going towards the village, there was now a Jewish cemetery and an Evangelical Lutheran cemetery; while the first was destroyed after the war, the second is currently in disrepair, supporting a memorial monument. (Wikipedia)