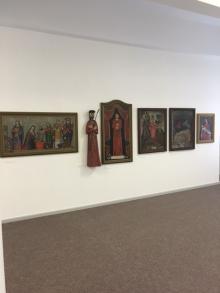 Jesus with a Reed