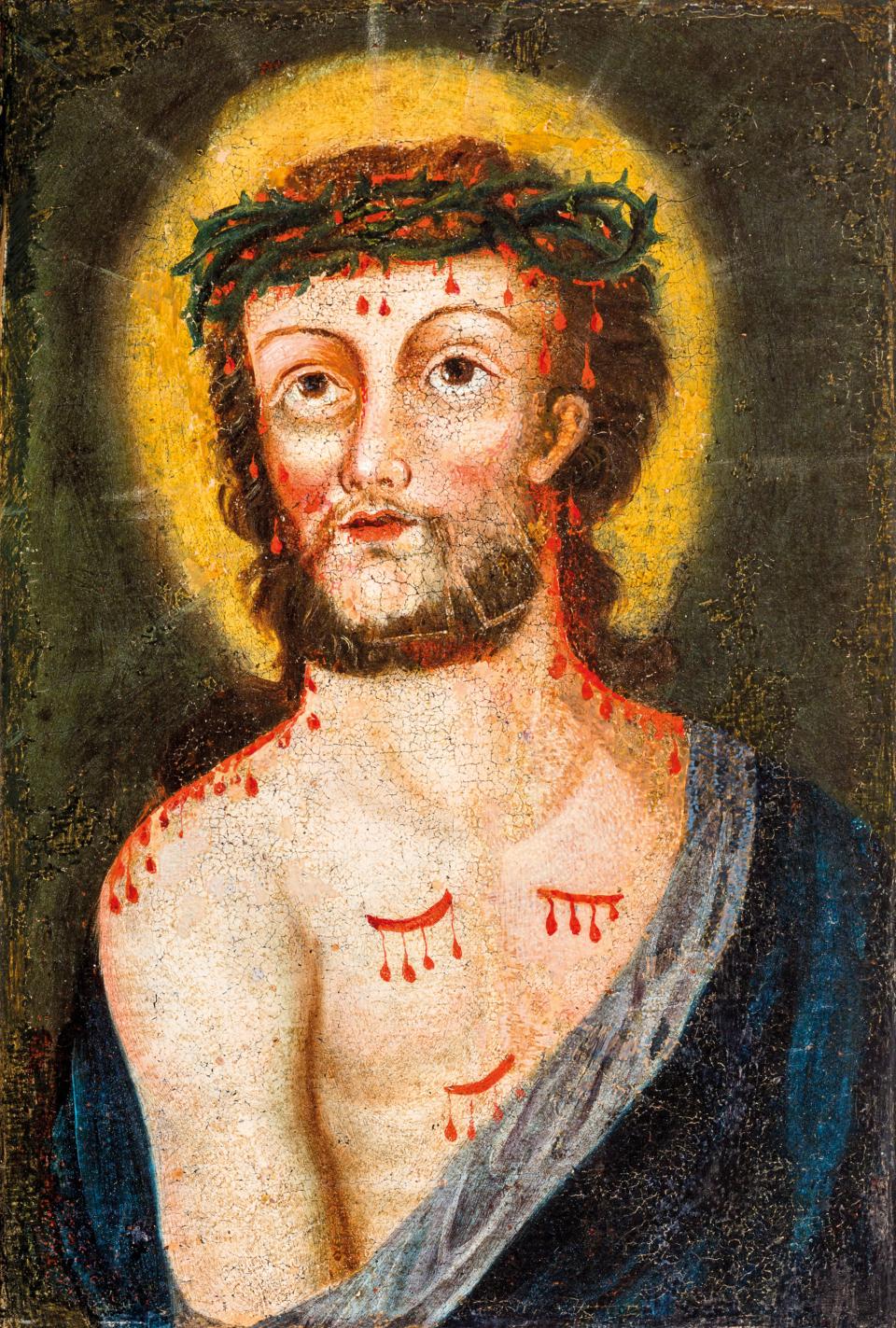 Created: second half of the 18th century.

Behold the man! (Lat. Ecce Homo) is an iconographic depiction of Jesus Christ where the scourged and humiliated Jesus is presented before the crowd. In order to raise compassion for the suffering Jesus Christ and to help avoid crucifixion, Pontius Pilate said, ‘Behold the man. I am bringing him out to you so that you may know that I find no guilt in him.’

Christ is depicted with mocking royal symbols – a scarlet robe, a crown made from thorns, set on his head by soldiers, and a reed which stood for a sceptre.

After the soldiers had mocked Jesus to their heart’s content, they took him in the same scarlet robe and crown of thorns to Pontius Pilate. At the sight of the Saviour who was badly beaten and covered in blood, he thought, ‘Let it be, what will the Jews say now when they see their king barely alive, they will not wish his death.’ So he told them to take the Saviour outside and left without delay. Showing the beloved Jesus to the Jews he said, ‘Behold the man!’ As if saying ‘This man is hardly recognisable, look Jews and think if you have ever seen a man as badly beaten and wounded as this one? For God’s sake, what else do you want from him; if he is guilty of anything, he has suffered too much, grant him life.’ The Jews, however, seeing Jesus did not have any mercy. Instead they started shouting louder, ‘Crucify him, crucify him!’ Then Pilate said angrily, ‘You take him and crucify him. As for me, I find no basis for the charge against him.’ The Jews replied, ‘We have a law, and according to that law he must die, because he claimed to be the Son of God.’ (Motiejus Valančius, „Žyvatas Jėzaus Kristaus Viešpaties mūsų“, Raštai 3, p. 499)