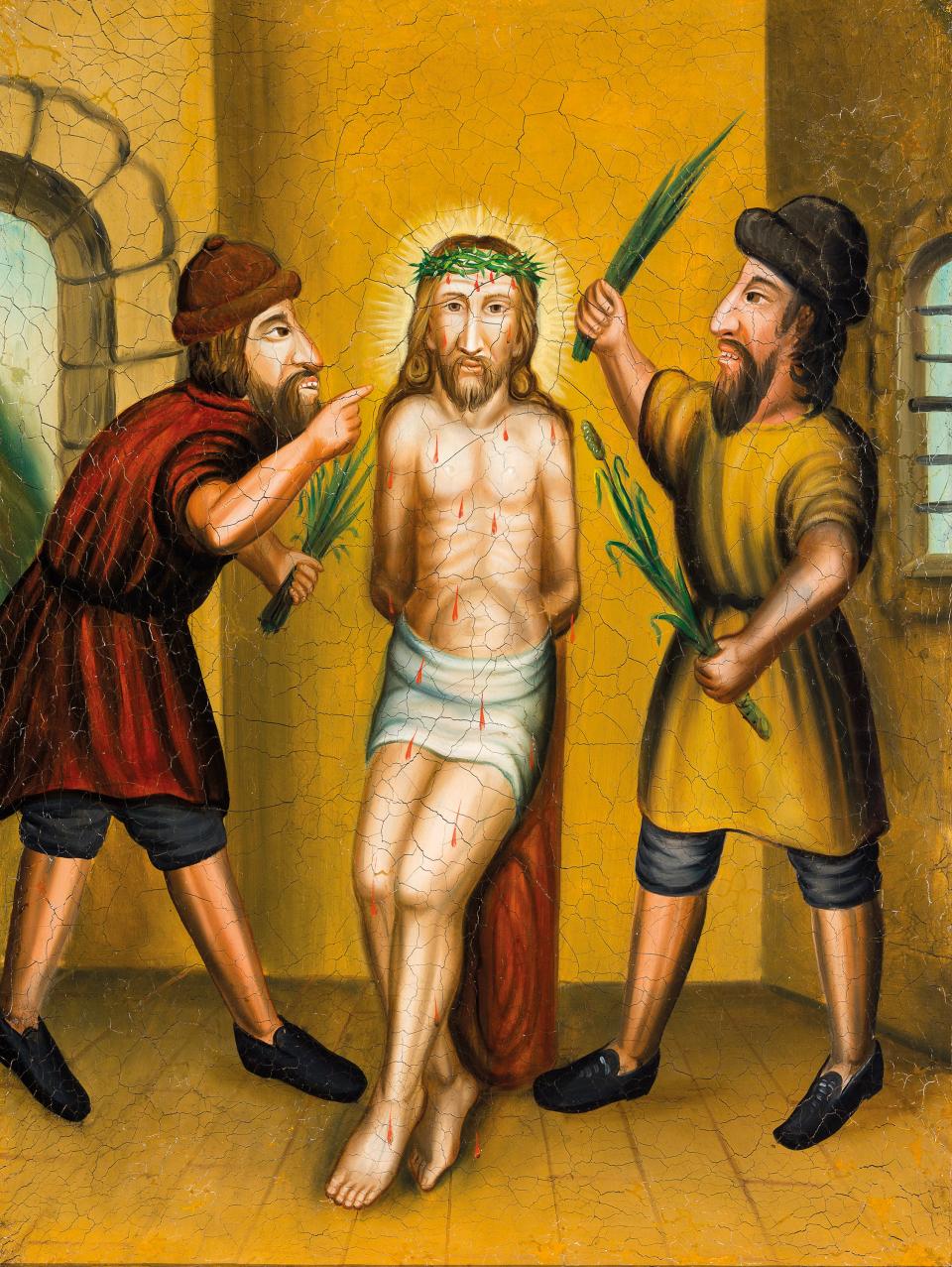 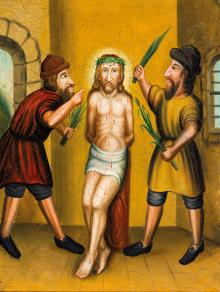 Jesus in prison is a subject of Jesus’ Passion based on the stories of the Gospel about how Jesus was betrayed by Judas and was taken to the high priests and then to the Roman Governor. They had come together to put Jesus on trial and deliberated till early morning. Jesus was accused of blasphemy and of being an impostor and all the time his hands were kept tied. The soldiers who escorted him and the crowds humiliated him and were beating him.

The Scourging of Jesus is an iconographic depiction of Jesus Christ, where Pilate took Jesus and had him beaten prior to the crucifixion. Jesus is depicted attached to the pole, leaning forward, stripped and with only a loincloth, and beaten by two soldiers.

According to Roman law each crucifixion had to be preceded by a scourging at the pole. Scourging was usually done by Roman soldiers. /.../ cruel people immediately snatched beloved Jesus and took him to the place where there was a pole for villains half the height of a man. When they brought Jesus here they called the entire cohort or division, stripped the Lord and tied him tight to the pole. /.../ Meanwhile soldiers tied canes together, others were getting ready with their pieces of leather, and whips, and after that took it in turns to scourge the Saviour. He was beaten so badly from the top of his head to the tip of his toes that there wasn’t any spot untouched. (Motiejus Valančius, „Žyvatas Jėzaus Kristaus Viešpaties mūsų“, Raštai 3, p. 495–497)