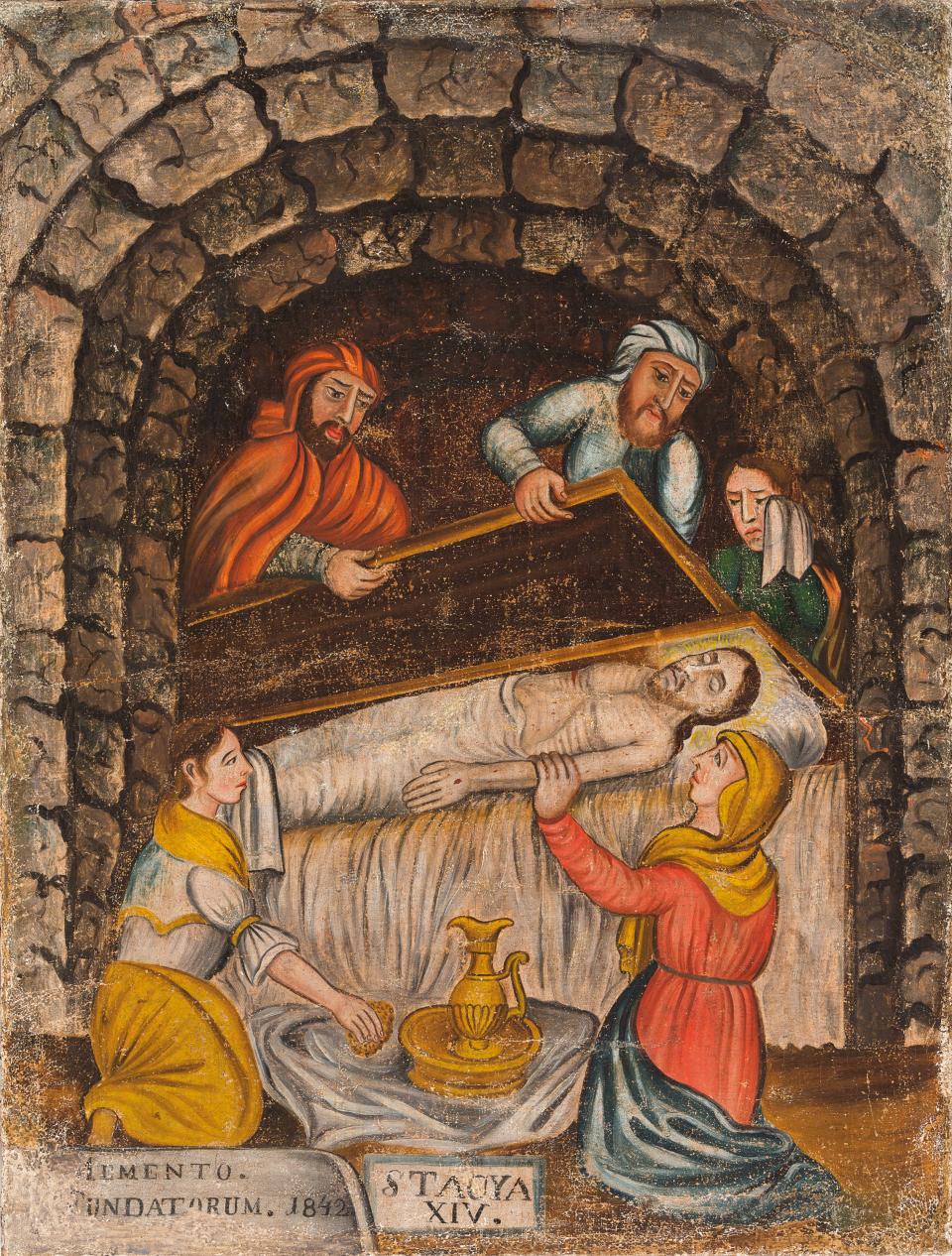 Fourteenth Station. Jesus is Laid in the Tomb