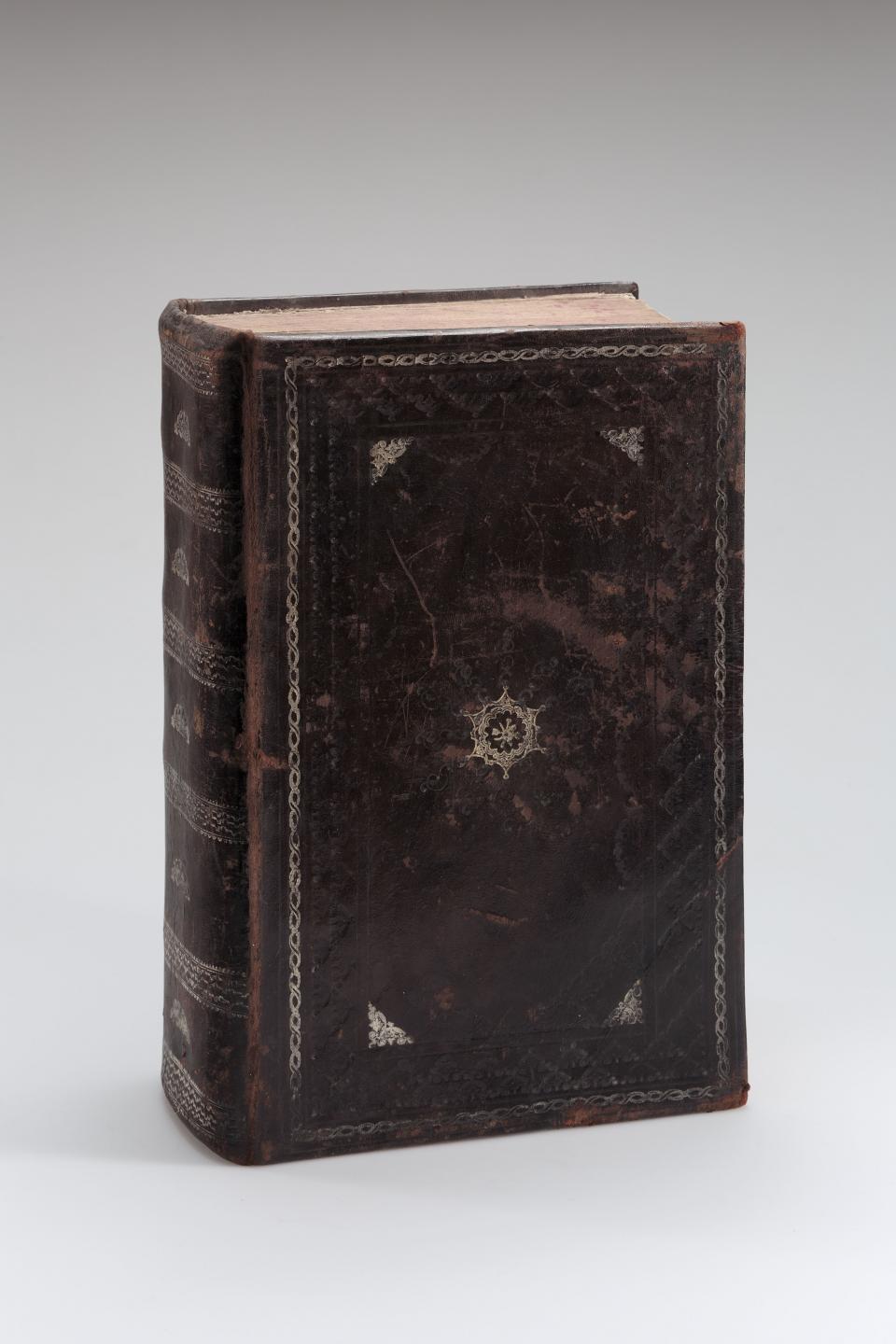 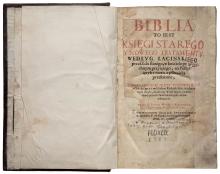 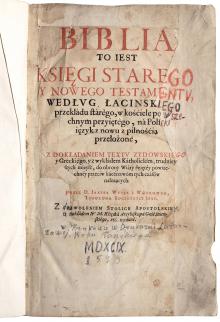 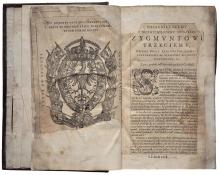 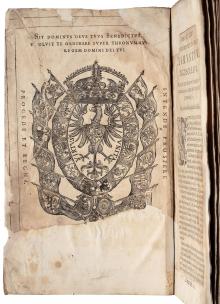 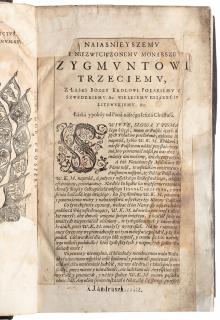 Title in English: The Bible That Is the Books of the Old and the New Testament Based on the Old Translation from Latin into Polish Confirmed by the General Church and Thoroughly Translated Anew, Adding the Jewish Text… of Jakub Wujek from Wągrowiec, Theologian of the Society of Jesus.

This is the first edition of the Polish Jesuit Jokūbas Vujekas’ translation of the Bible from Latin into Polish (published in 1599). He worked on the translation in the period between 1584 and 1595.

Vujekas was born in Poland, studied in Krakow and later continued his studies in a university in Vienna, after which he joined the Order of the Jesuits and returned to Poland. In 1570, he was awarded the highest academic degree, Doctor of Theology. For some time he was in charge of the Jesuit College in Poznan. Later he travelled to Vilnius and served as the last rector of the Jesuit College from 1578 to 1579, when the college became a university. That autumn Vujekas left for Hungary as the leader of a Jesuit mission. He died in Krakow.

Vujekas was a well-known Polish erudite who taught Hebrew (a large part of the Old Testament is written in this ancient Jewish language) in the Jesuit College of Vilnius. Vujekas’ translation into Polish was declared the official translation and reprinted for several ages.

Vujekas also wrote two postils (collections of sermons), the Great Postil and the Small Postil (1579-1580). The Small Postil was translated into Lithuanian by Mikalojus Daukša (it was published in 1599 in Vilnius).

The theologian and author of religious works Jakub Wujek (1541–1597) worked in various Lithuanian and Polish Jesuit colleges and was the Rector of the Vilnius Jesuit College in 1578–1579. He translated the Bible into Polish and wrote the sermon collections The Catholic Postil (1573–1575) and The Minor Postil (1579–1580). The later was translated into Lithuanian and published in Vilnius in 1599 by the Bishop of Samogitia, Canon Mikalojus Daukša (between 1527 and 1538–1613).

Reference: "The Collection of Lawyer Jaunius Gumbis: the Past Preserved in Books". Museum and Collector - 7. Vilnius: National Museum of Lithuania, 2018, p. 251.

Published: "The Collection of Lawyer Jaunius Gumbis: the Past Preserved in Books". Museum and Collector - 7. Vilnius: National Museum of Lithuania, 2018, p. 250-253.