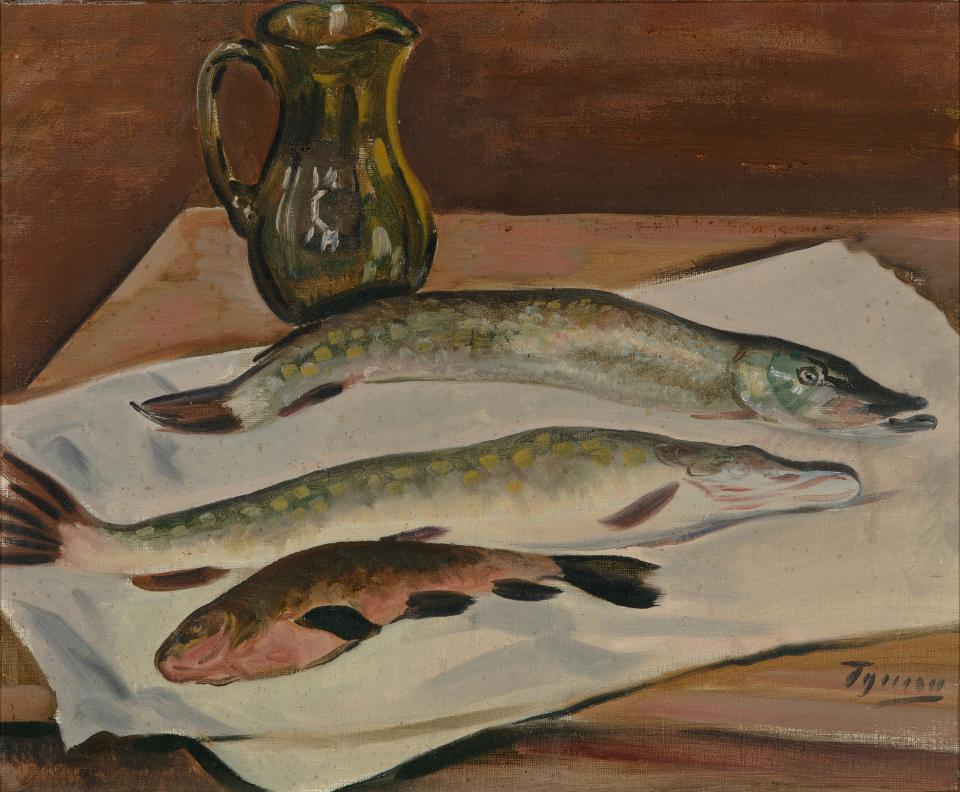 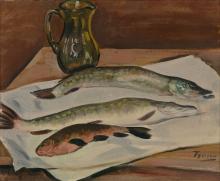 Twentieth-century painters did not observe fish as closely as the Dutch and Flemish did in the 17th century (except perhaps the inhabitants of warm seashores, such as the Italians). The subject is also comparatively rare in Lithuania, and that is why this still-life by TYMON NIESIOŁOWSKI (1882–1965) stands out. Another valuable quality is its obviously local character: it depicts fish from local lakes. The fish at the front (which resembles a tench) can only be identified by an expert, but the two young pike behind it are easily recognisable. They are painted very carefully, in great detail. Pike is very popular in Lithuanian and Polish cuisine, and there are many recipes for cooking it. Stuffed pike in jelly is particularly popular. Niesiołowski’s still-life could be called a trophy picture, for the fish have not yet been cleaned, which means they have just been put on the kitchen table. But it is by no means an improvisation. Before painting this picture of ‘posing nature’, the artist was careful to cover the natural wooden table top with white paper, in order to bring out the colour of the fish and the pattern of their scales.