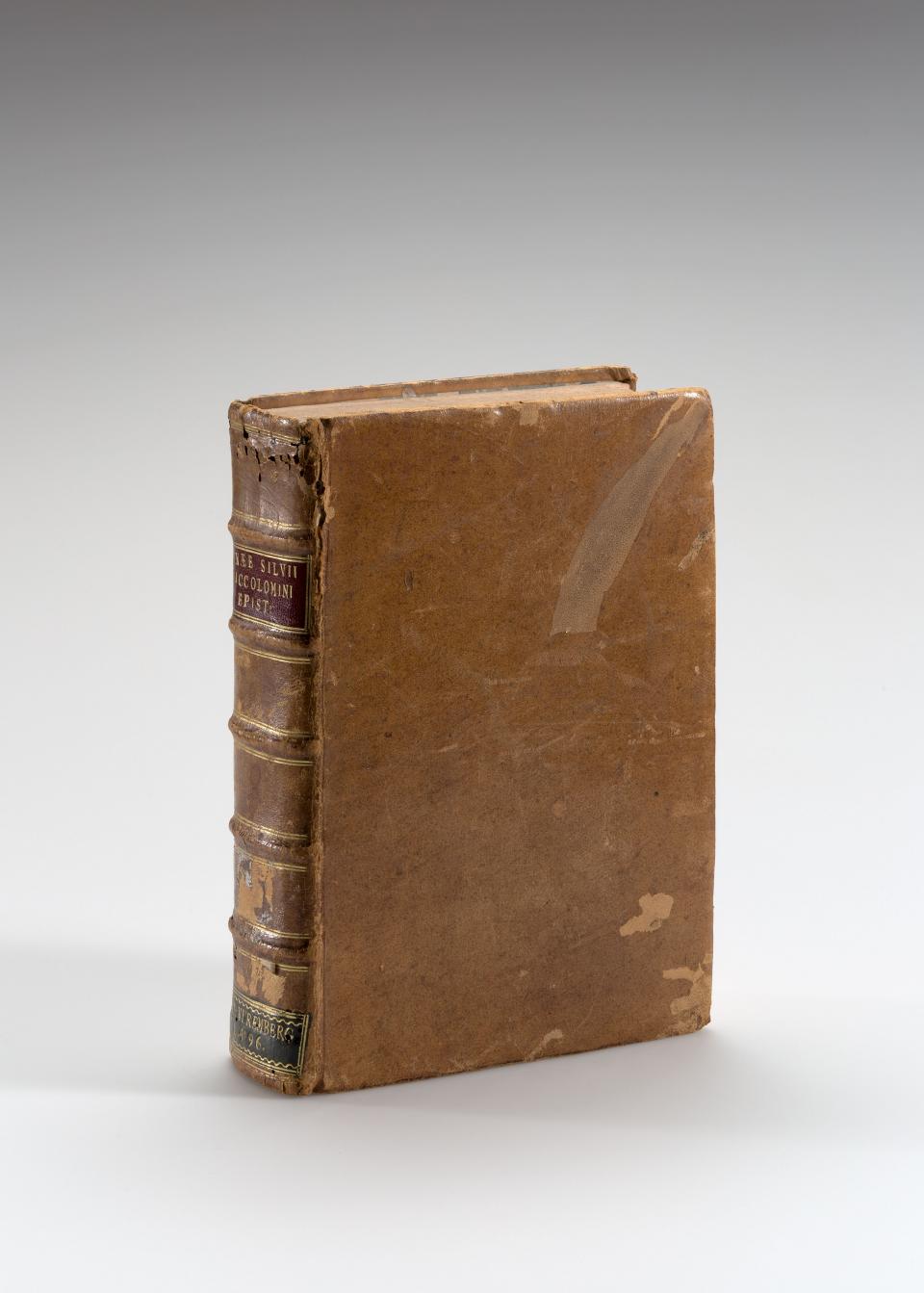 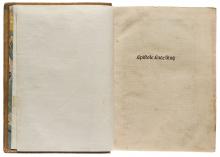 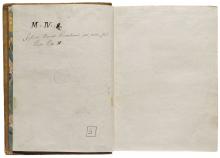 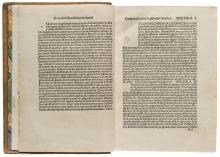 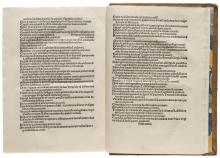 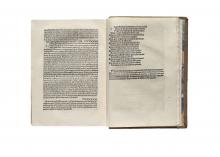 Title in English: Aeneas. […] Personal Letters and Oration on the Blessed Virgin Mary.

Early edition of the first time in 1473 published edition of secret letters, with important notes about Bohemia, Hungary, Poland and Turkey.

The condition of the book: The binding is a bit scratched and used, the spine and capitals, the spine with worm holes and traces of a removed number-label.
The frontpages with old annotations about the editior, first and last page a bit stained, but in general a clean and nearly not browned copy.
Ldr. d. 18. Jhds. a. 5 Bünden m. Rückenverg., 2 goldgepr. Rückenschildern u. dreiseitig gespränkeltem Rotschnitt.

It was printed in 1496 in Nurnberg. An early edition of  (the first time in 1473)  published secret letters, of main interest are the letters with relation to Bohema, Hungaria, Poland and Turkey.

Pius (d.i. Enea Silvio Piccolomini; 1405-1464) was pope from 1458-1464.  He was an important humanist, writer, historian, poet and scholar, admired Bocaccio and was impressed by the Latin classics.
Before he was elected as a pope he foresaw the danger of a fortification of the Turkish Empire and appealed for a common defense of the Turks. At the Frankfurt "Reichstag" in 1554, which he accompanied as an imperial commissioner, he conjured the members to establish an European army and established the first time since the Carolingian period the term "Europe" and extended this definition with the terms "christianity" and "fatherland".
His Epistles, which were collected by himself, are also an important source of historical information. The most valuable of his minor historical writings are his histories of Bohemia and of the Emperor Frederick III, the latter partly autobiographical. He sketched biographical treatises on Europe and Asia, and in early and middle life produced numerous tracts on the political and theological controversies of his day, as well as on ethical subjects.
This is a quotation of a Katowice library about this book. 1496 volume of Epistolae Familiares by Pope Pius II became the property of the Silesian Library in Katowice. The book proved very important for studies on Poland's past as it clarified many semi-mythological aspects of Poland's early history. Epistolae...
Poland mentioned in the index.
Polonie filium intruserunt -  LXXXI
Concordiam inter Polonos & australes persuadet medio  -  CI Hortat vice sua pmotioes principu ad rege polonie  impetrare  - CCXCIII Admonet promotionem redis sponsi exigere ad regem polonie vt epicopatum varinien consequatur - CCCXL .
Reference: GW M33699; Hain/C. 156; Goff P720; Pellechet 95; BMC II 442; BSB-Ink P-523; Proctor 2107; Oates 1040; Sheppard 1538; ISTC ip00720000. Sprache: la Gewicht in Gramm: 2000 4°. 348 nn. Bll. (Rom. Typ., 42 Zeilen).
Aeneas Silvius Piccolomini (1405–1464) was a famous 15th century Italian humanist, writer, and historian. In 1458, he became Pope Pius II. Letters of Aeneas Silvius is a collection of the correspondence of Pope Pius II. The letters discuss theological, ethical, and political questions and provide historical data on the events of the period in Europe.
Reference: "The Collection of Lawyer Jaunius Gumbis: the Past Preserved in Books". Museum and Collector - 7. Vilnius: National Museum of Lithuania, 2018, p. 29.

Published: "The Collection of Lawyer Jaunius Gumbis: the Past Preserved in Books". Museum and Collector - 7. Vilnius: National Museum of Lithuania, 2018, p. 28-29.