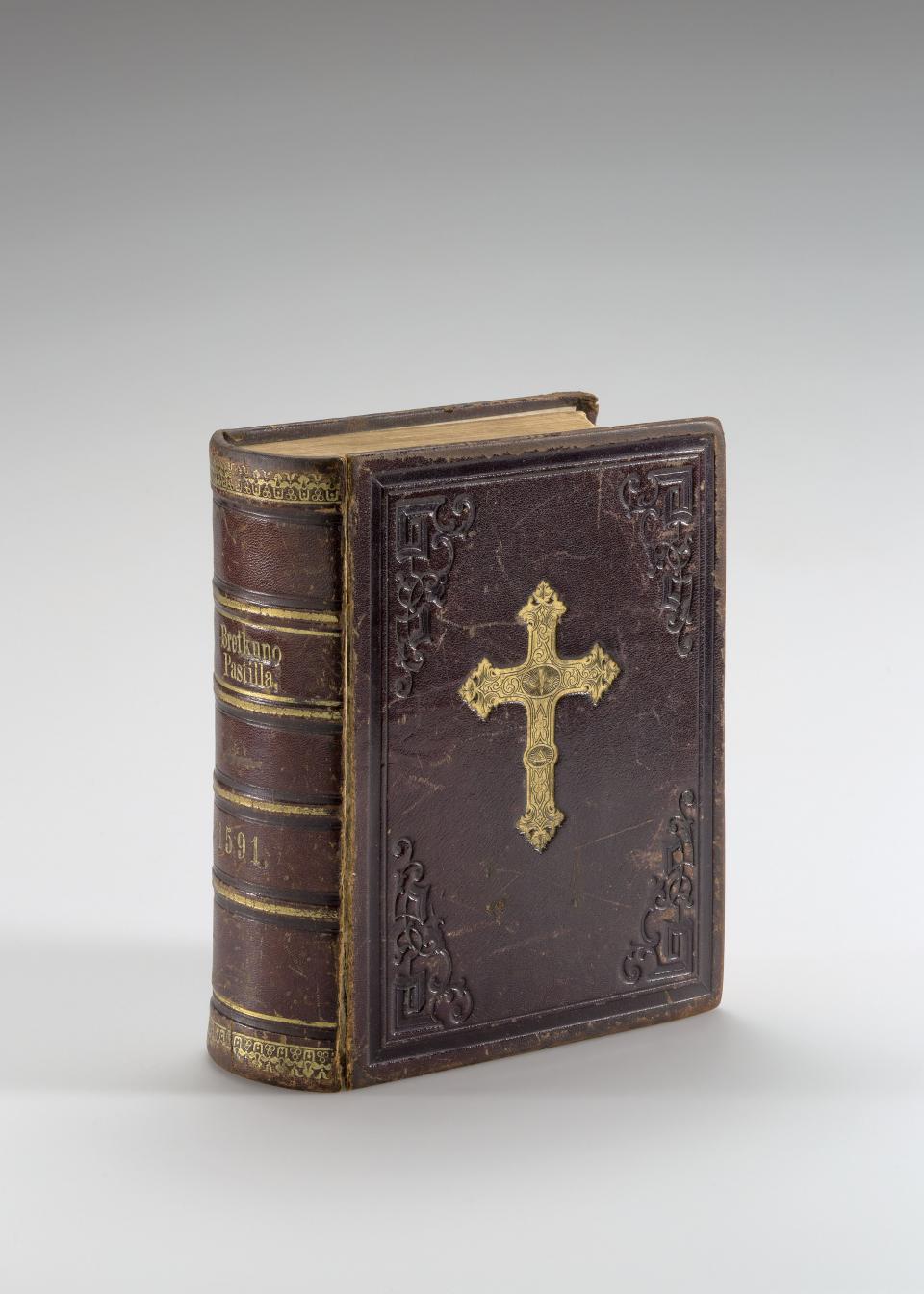 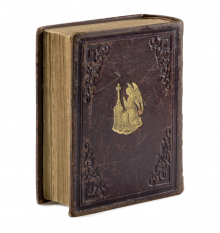 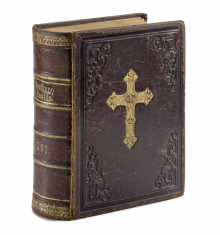 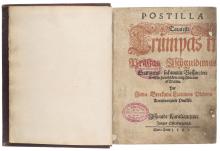 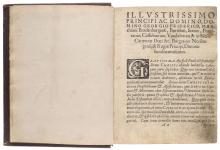 In 1589, the most prominent Lithuanian writer of the Duchy of Prussia and pastor of Königsberg Jonas Bretkūnas completed a large collection of sermons, the Postilla, which was published in 1591. It consists of two parts: the first is composed of sermons given from the Advent to Easter, while the second is composed of sermons given from Easter to the Advent. With nearly 1000 pages, it was the longest work in Lithuanian published in the Duchy of Prussia at the time. The “Postilla” is not a translation. In it, Bretkūnas collected his own sermons and several works by German authors, overall creating a quite original work.

It is the first published Lithuanian prose of this genre (sermons). It had great impact on the development of Standard Lithuanian and the style of written Lithuanian. Because the “Postilla” was written for common people, Bretkūnas tried to address them in simple words and folk expressions. The “Postilla” is also notable for the first motifs of the instilment of national pride. The author encourages readers to listen to the priests who write books in Lithuanian. The “Postilla” demonstrates the everyday life and living conditions of contemporary Lithuanians, also reflecting traces of paganism.

Postil, a two part collection of sermons by one of the progenitors of written Lithuanian, pastor of Königsberg Jonas Bretkūnas (1536–1602), was the first work of the genre published in Lithuanian. It had a significant impact on the development of standard Lithuanian language and the style of written Lithuanian language. To compose Postil, Bretkūnas used his own sermons and some works by German authors. The book was first published in 1591 in Königsberg, in a printing house founded by Prussian printer Georg Osterberger (~1542–1602) which operated in 1575-1610. Until 1600, the printing house published 14 books and small works in Lithuanian, written by Bretkūnas, Martynas Mažvydas, Simonas Vaišnoras, Baltramiejus Vilentas and others. The title page is marked with the seal of Jurgis Mikšas’ printing house in Tilžė. The printing house, founded by the public figure, printer, and writer for the famous Aušra newspaper Jurgis Mikšas (1862–1903) operated between 1885 and 1886. It was the first Lithuanian National Revival printing house in Lithuania Minor.

Reference: "The Collection of Lawyer Jaunius Gumbis: the Past Preserved in Books". Museum and Collector - 7. Vilnius: National Museum of Lithuania, 2018, p. 61.

Published: "The Collection of Lawyer Jaunius Gumbis: the Past Preserved in Books". Museum and Collector - 7. Vilnius: National Museum of Lithuania, 2018, p. 60-63; Domas Kaunas "Martynas Jankus - the unifier of the nation and the creator of the Lithuanian press, Vilnius University Press , 2021, P. 266.