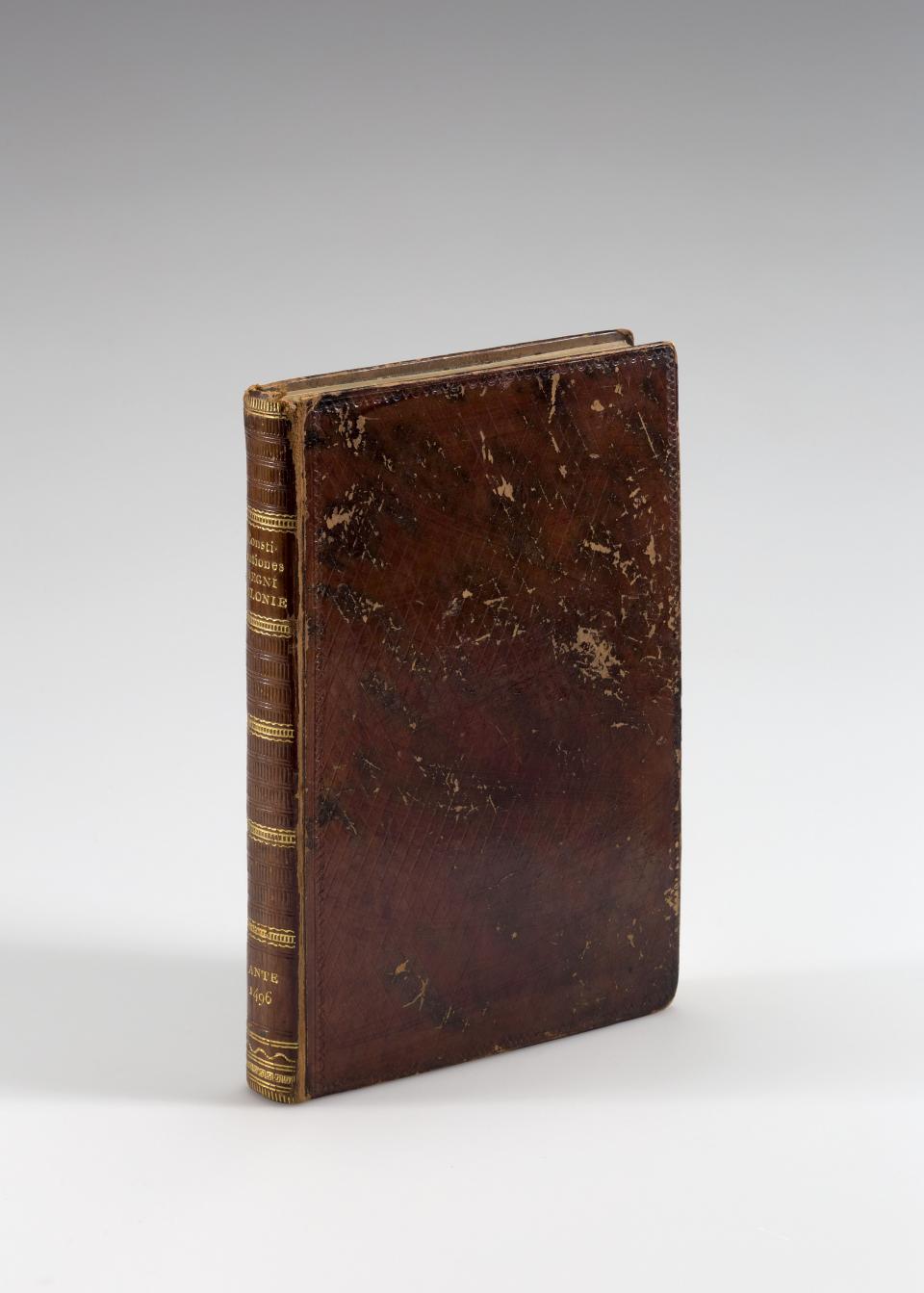 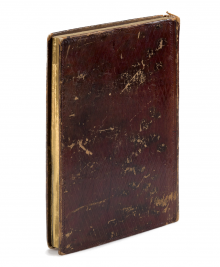 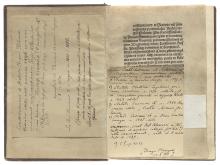 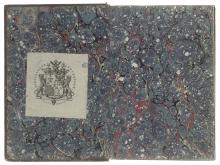 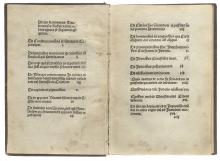 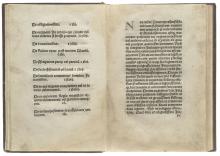 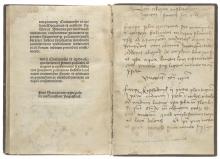 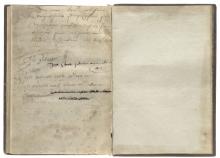 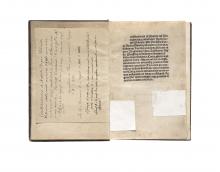 Title in English: Decrees of the Kingdom of Poland.

“Decisions and Statutes of the Celebrated Kingdom of Poland, or the Laws of the Provinces of the Enlightened and Unconquerable Casimir, King of Poland and Great Duke of Lithuania, Heir and Ruler of Russia and Prussia, etc. Under His Care, the Following Was Prepared and Published: the Versatile, the Manifold, the Concealed, and the Supreme Education: Experience in the Most Important Affairs of War and Peace, and Only Then Condemnation of the People’s Vices for the Situation and State of Affairs. And He Who Subdued the Troublesome Lands and Led Them to Reviving New Quests for Faith and Noble Humility Through His Labour, and Finally Reclaimed the Pacified and Appeased [Lands].”

The first published book of Polish law in its second print, as scarce as the editio princeps, printed by Conrad Kachelofen a few months earlier also at Leipzig. Both incunabular editions have been preserved in about a dozen copies only, of which most are kept in Polish public libraries, one in Leipzig and one in St. Petersburg.

The 'Syntagmata' is the first and the only significant codification of laws during the times of the Piast dynasty and is the first printed collection of the Polish statute law, and "it was in the version of 'Syntagmata' that the Statutes of Casimir the Great were republished by Jan Laski in 1506 and in this way became widely known in the 16th century" (Y. Zazuliak, Knowledge of Law ... , in: Ruthenica VIII [2009], p. 100, note 11). According to Ryszard Gansiniec, the text of the statutes of Casimir the Great (Polish: Statuty wislicko-piotrkowskie) - a collection of laws issued by the king of Poland in the years 1346-1362 during congresses in Piotrków and Wislica - was edited for printing at Leipzig by Mikolaj Kotwicz (1435-1507), the solicitor of Zbigniew Olesnicki (1430-1493), archbishop of  Gniezno and primate of Poland from 1481. Until the early 19th century it was believed that this books was printed at Cracow, but since Konrad Haebler's groundbraking work on type faces (Typen-repertorium der Wiegendrucke) it is certain that it was printed at Leipzig. The editio princeps with 54 leaves was printed in the printing shop of Conrad Kachelofen in 1487 or early 1488 with a small woodcut, omitted in the editio posterior, which was finished in the summer of 1488 as the first print by Moritz Brandis, who since 1485 worked in the shop of his brother Markus who had started business in 1479 as the first printer in Leipzig. The two brothers worked still together in the very same printing shop when Moritz started to print with his own printing material. As his brother did before, Moritz could also print many books for the church and the Leipzig University.

Due to the fact that the finely printed books of Markus Brandis were well known in Eastern Europe it cannot surprise, that also the first Hungarian Statutes (Statuta regni Hungariae. Decretum Maius) were printed in Moritz (and Markus) Brandis' printing shop shortly after the Polish were brought to light. It was probably the personality of Mikolaj Kotwicz and his narrow relations to the humanists, that so many juridical texts appeared in the following years in Moritz Brandis' printing shop in Leipzig, and then in Magdeburg. Before he went to Magdeburg in 1491 Moritz had printed twenty-three books. Another fifty-five books followed then, with a Breviary for the Premonstratensian order ['Breviarium Praemonstratense', VD-16, B-8221] as the last known print from his shop.

Decrees and Statutes of the Great Kingdom of Poland is a collection of laws published during the reign of the King of Poland and Grand Duke of Lithuania Kazimieras Jogailaitis.

Reference: "The Collection of Lawyer Jaunius Gumbis: the Past Preserved in Books". Museum and Collector - 7. Vilnius: National Museum of Lithuania, 2018, p. 18.

Published: "The Collection of Lawyer Jaunius Gumbis: the Past Preserved in Books". Museum and Collector - 7. Vilnius: National Museum of Lithuania, 2018, p. 18-19.