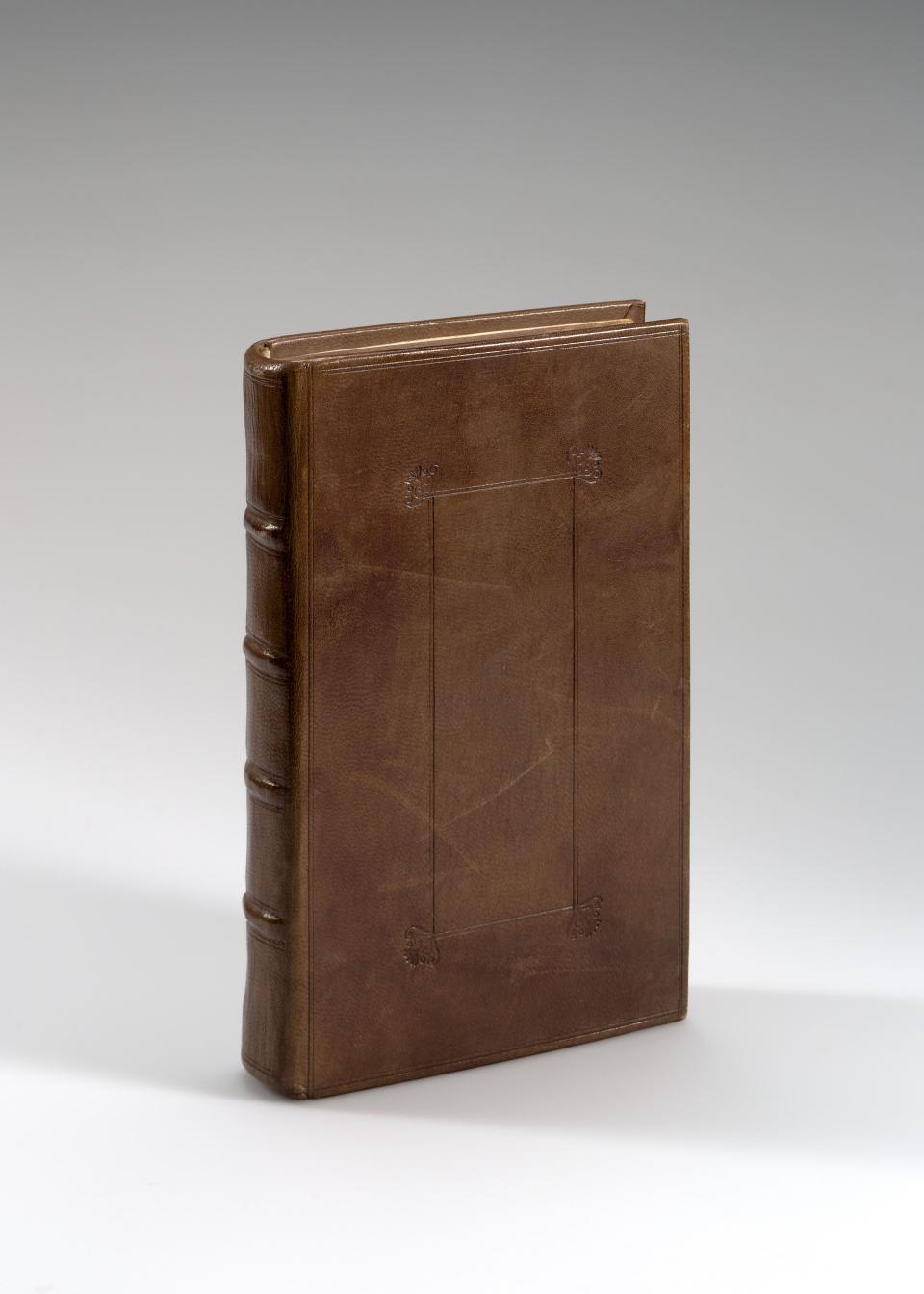 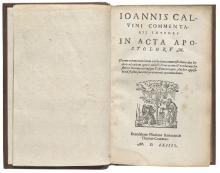 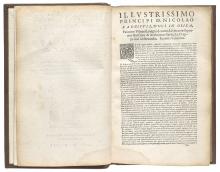 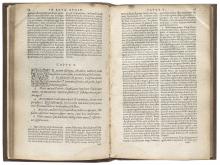 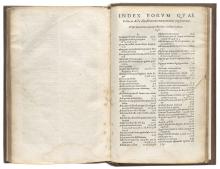 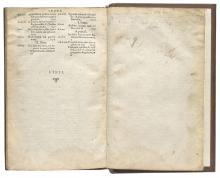 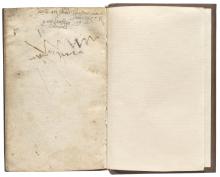 Title in English: Comprehensive Commentary on the Works of the Apostles. The Utility of this Commentary is Shown by Two Indexes Added at the End of the Work: the First of Things and Words, And the Second of Both Parts of the Testimony That the Author Sensibly Adapted for the Comprehension of his Interpretation.

With dedicatory letter addressed to duke Nicolas Radziwil of Lithuania.
Second edition, first in octavo format, of Calvin's commentary on "Acts of the Apostles" which was first published by Crispin in 1560 in Folio. The Latin text of the Acts is included in italic type and divided into numbered verses with the extensive commentary printed in roman type. This is the last edition to be published during Calvin's (1509-1564) lifetime. The dedication is to duke Nicolas Radziwil of the Grand Duchy of Lithuania.

The theological work Commentary on the Works of the Apostles by one of the most famous figures of the Reformation and founder of Calvinism, French theologian John Calvin (1509–1564) is dedicated to the Duke of Olyka, Voivode of Vilnius, Marshal and Chancellor of the Grand Duchy of Lithuania Mikołaj Radziwiłł the Black (1515–1565). Duke Mikołaj Radziwiłł contributed significantly to the spread of Reformation in Lithuania: in 1557, he assembled the first Evangelical Synod in Vilnius, which helped create a community of Lithuanian Evangelical Reformats, gave donations for the building of Evangelical Reformed churches, and corresponded with John Calvin.

Reference: "The Collection of Lawyer Jaunius Gumbis: the Past Preserved in Books". Museum and Collector - 7. Vilnius: National Museum of Lithuania, 2018, p. 397.

Published: "The Collection of Lawyer Jaunius Gumbis: the Past Preserved in Books". Museum and Collector - 7. Vilnius: National Museum of Lithuania, 2018, p. 396-397.