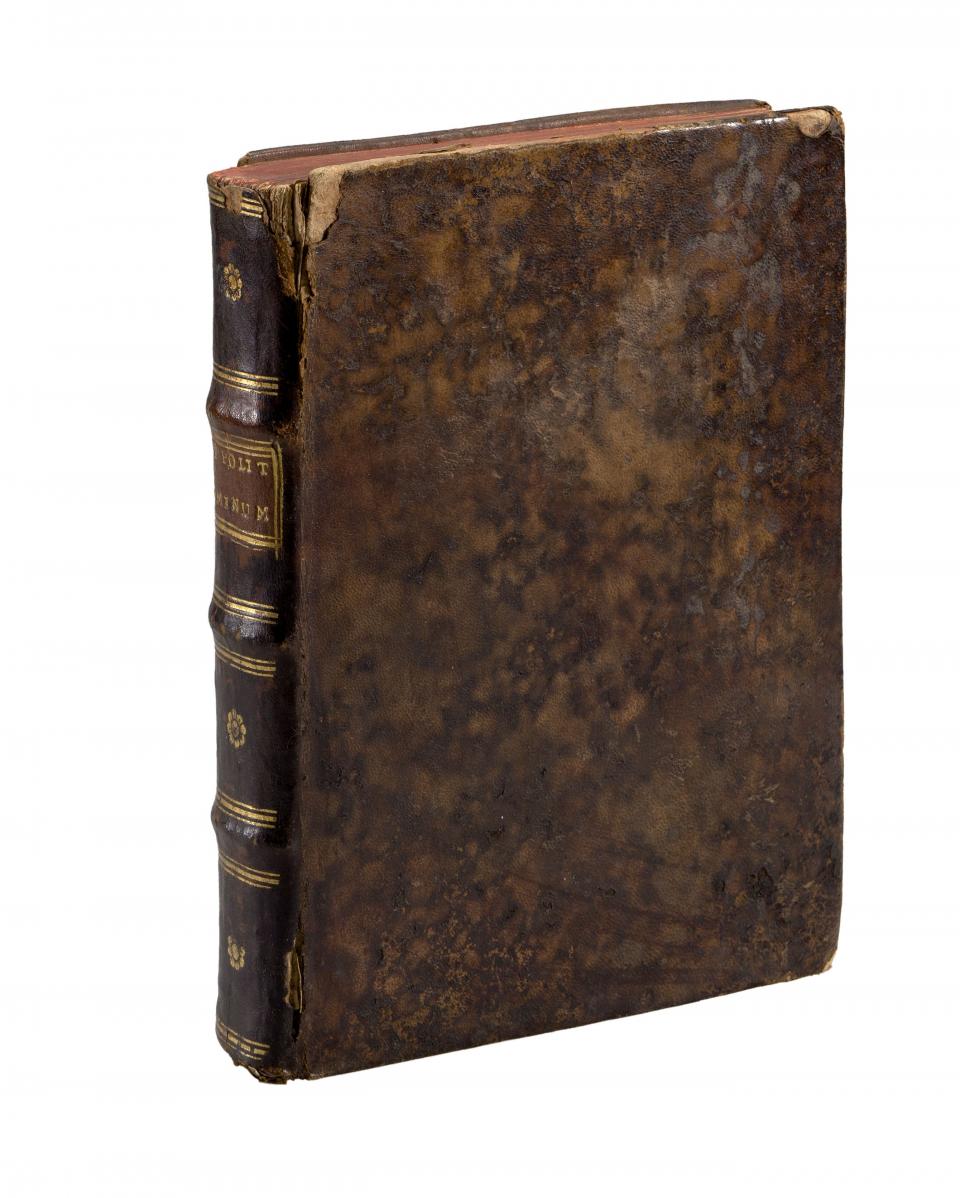 Researchers have not yet managed to determine the exact location of Olizarovijus’ birthplace. Olizarovijus himself indicates various locations of birth in different documents. In some, he specifies it as “regione Subsylvanus” in Podlachia (Pagirys). In others, he identifies it as Bila Tserkva. Two such locations are known: one near Kiev, and the other by Lake Chereyskoye (currently Chashniki District) in the district of Vitebsk. The latter also has a connection to Podlachia. In 1643, he claimed his birthplace in the Polish kingdom had been ravaged by the Swedes 18 years previously. In some documents, Olizarovijus claims to be “Eques Polonus”, while in others he insists he was born in a “nobili Rusiae” family. His name also differs: most often, he uses the Polish form “Olizarovius”, but in some cases also signs as “Olzarowski” or “Olizar”. For this reason, different authors refer to him as either a Polish or a Ukrainian nobleman. It is likely that he comes from Bila Tserkva in Podlachia (currently Belarus). The 16261629 war with Sweden did not reach the territories surrounding Kiev and only spread as far as Pomerania and Kuyavia. Therefore, Olizarovijus could be called a Byelorussian. However, it should be born in mind that these are all modern ethnic identifications. It would suffice to say Olizarovijus was of Rusyn descent. His indication “Eques Polonus” refers to the Kingdom of Poland because the region of Podlachia became part of it after the signing of the Lublin Union.

The further biography of Olizarovijus is more or less clear. He studied in various Jesuit colleges in Nesvizh and Polotsk. In 1629, he joined the Vilnius Jesuit Order, and later studied liberal arts and philosophy in the college of Polotsk. In 1633, he left the Order to study philosophy and theology in Poznan. Most probably having become a tutor for the children of noblemen, he continued to study in Würzburg and Graz, and later studied law and medicine in the catholic University of Ingolstadt. While there, he published two books in 1643. The manner in which he presents arguments in the second book “Quaestiones politicae” is similar to that of his later work “Apie politinę žmonių sąjungą” (“De politica hominum societate”), compiled in Vilnius. Olizarovijus was also the advisor to the Duke of Neuburg Phillip William. Not having completed his law studies and living in poverty, yet relying on the support of his influential patrons, Olizarovijus hurriedly proposed his candidacy to become professor of law, but the faculty rejected him on the grounds that he did not speak German and had not passed the exams. In 1644, Olizarovijus gained a degree in both systems of law. As he no longer expected to become a professor of law, he travelled to Padua to study medicine.

The Vilnius University Faculty of Law, which had been officially founded as early as 1641, lacked lecturers, so, on the request of the Deputy Chancellor of the Grand Duchy of Lithuania Leonas Kazimieras Sapiega and the Jesuits of Vilnius, in 1644 Schaueris and Dilgelis came to Vilnius from Ingolstadt to teach canon law and civil law, respectively. They were soon joined by Olizarovijus. Having given his introductory lecture in the Church of St. Johns on 22 September 1644, he taught religious, or possibly civil law. Olizarovijus had connections to the court of Deputy Chancellor of the Grand Duchy of Lithuania, Leonas Kazimieras Sapiega. In the beginning of his work “Apie politinę žmonių sąjungą”, he wrote a dedication to Sapiega, in which he mentions the nobleman’s court as a decorous and safe place he himself had visited. He also claims that for everything he owns he is indebted to Sapiega.