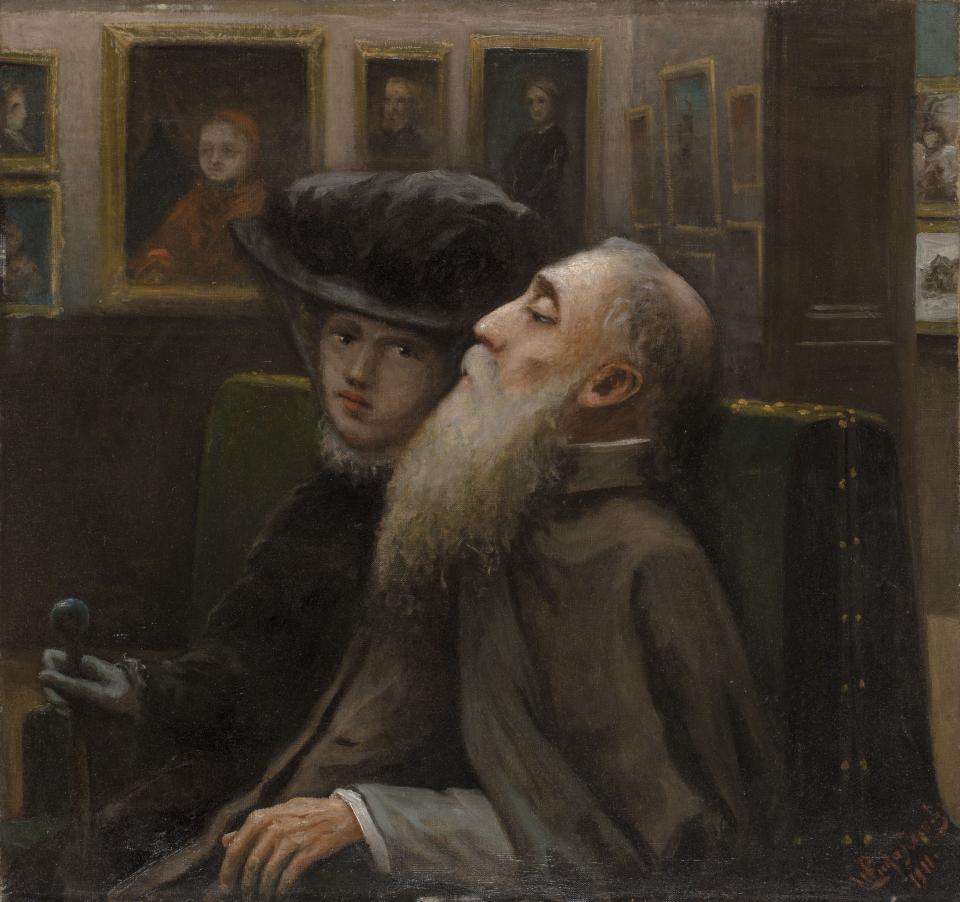 Painter and teacher. Born on 1 April 1861 in Rakov near Minsk, died on 14 June 1931 in Janów Lubelski (Poland). In the late 1970s, he attended the Vilnius Drawing School, and from 1881 to 1891, studied landscape painting at the St. Petersburg Academy of Arts. He was awarded silver and gold medals several times for his works of the study years, and from 1888, received the emperor’s grant. In 1891, having been awarded the title of second-class artist, Łukaszewicz returned to Lithuania. In 1893–1894, he travelled to America, Germany, Italy and France, and in 1895, settled in Paris. In 1905, he was sentenced to prison for his illegal activity in the field of education. From 1920, he taught drawing in Warsaw schools. He painted pictures of mainly religious content for churches in Lithuania and Poland, more rarely – portraits and landscapes, and polychromic wall paintings. In 1893, he was awarded medals and the title of officier instruction populaire for his drawings, portraits and landscapes at a national competition in Paris.