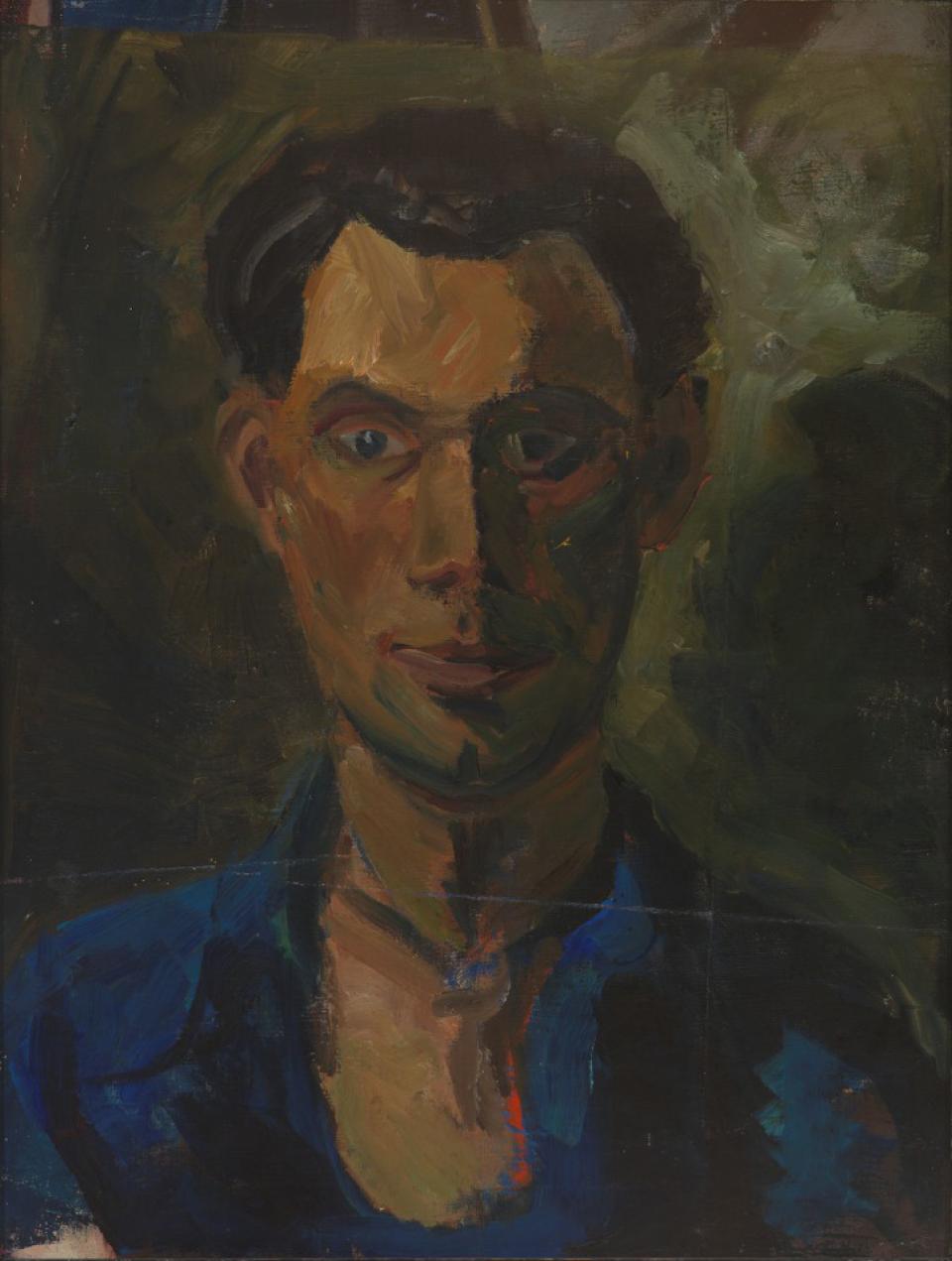 Antanas Samuolis, a painter, was born on 3 June 1899 in Puišiai village, Raseiniai county. In 1900 the Samuolis family moved to Kaunas. During the years of the First World War they lived in Moscow. In 1919–1921 A. Samuolis served in the Lithuanian Army. In 1922–1929 he attended art school in Kaunas, Justinas Vienožinskis’ studio, and was one of the most talented students. While still young, he fell ill with tuberculosis and was treated in various sanatoriums. In 1930 he began to participate in exhibitions, including the following: the Independent Artists’ Society (1930, 1932), the Ars Group (1932, 1934), Lithuanian Art in Malmö (1934), in Riga and Tallinn (1937), and others. He decorated churches in Vandžiogala, Bagaslaviškis, Pagramantis, Siesikai and the Theological Seminary in Kaunas. He was one of the most outstanding Lithuanian painters of the interwar period, who left a small, but very valuable legacy of creative works (landscapes, portraits, still-life, and figure compositions). In 1939 he went to Leysin in Switzerland to undergo treatment and there he died on 5 January 1942.