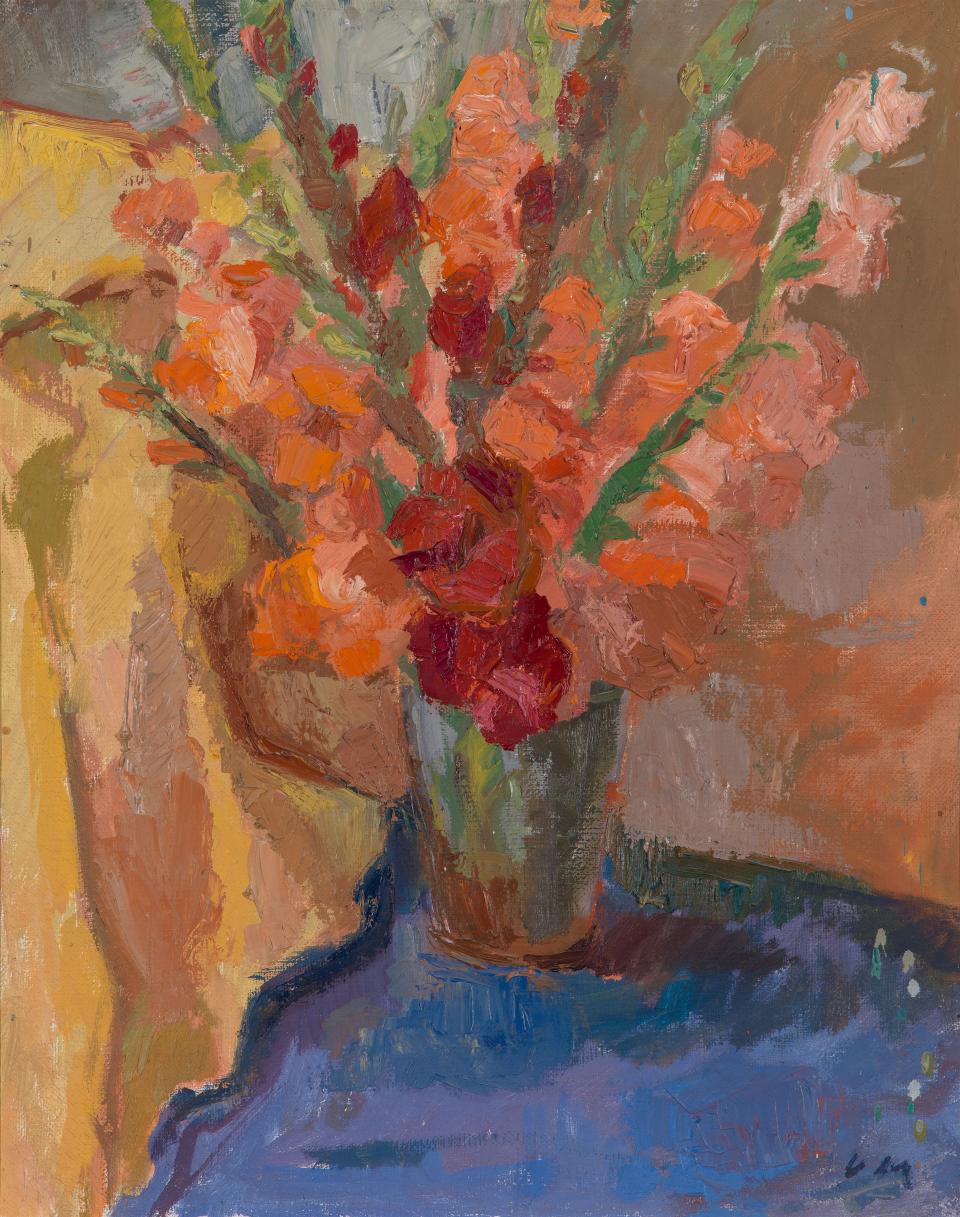 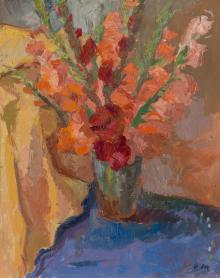 Signature: VM (in the bottom-right corner of the painting).

Quite a few floral pictures by VYTAUTAS MACKEVIČIUS (1872–1954) show his efforts to keep his hand in despite the burden of administrative work: he was head of the State Art Institute of the Lithuanian SSR from 1953 to 1974, and had many duties with the Lithuanian Artists’ Association. He painted flowers at home, putting a vase with tulips or gladioli on a small thin-legged table with a veneered triangular top typical of the 1960s. The flowers were probably picked and put in a vase by his wife Emilija, who had a large garden by the house. The Mackevičius family lived on Pavasario (Spring) Street in the Antakalnis area of Vilnius, near the home of the graphic artist Eduardas Jurėnas (1923–1993).