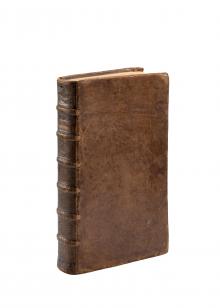 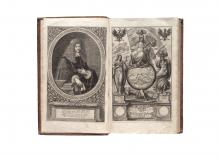 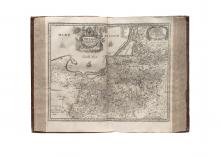 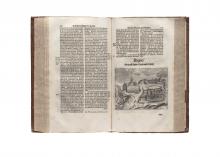 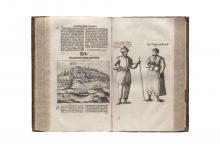 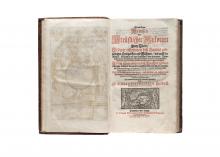 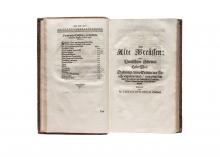 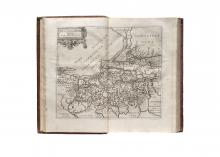 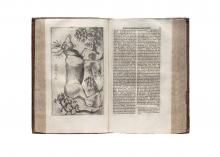 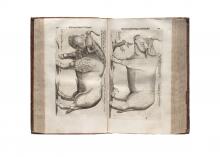 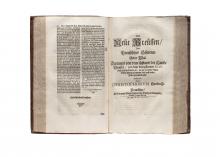 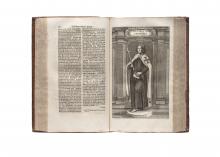 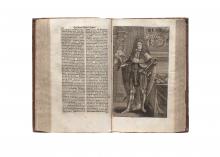 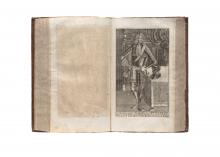 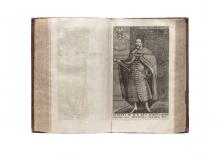 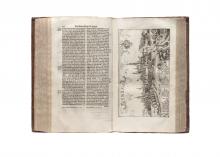 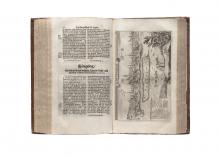 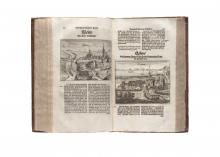 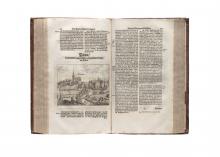 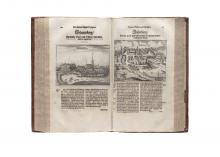 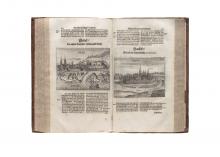 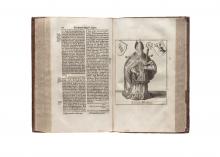 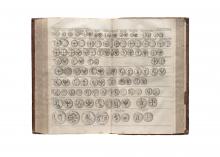 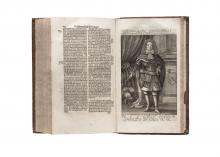 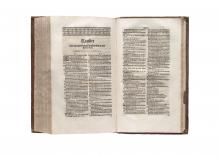 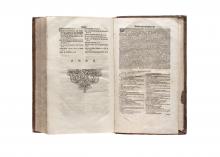 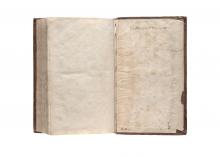 Title in English: Old and New Prussia, or Prussian History in Two Parts / 2 parts in 1 volume. Contains a *portrait illustration before the title page.

Įrišimas: The cover is slightly worn, signs of worms on the spine, 1 missing part adjusted. Overall, the copy is clean and in good condition. Contemporary foil leather 21.

First edition. “There is only one name in factual Prussia that deserves praise. That is Christoph Heinrich Hartknoch. The work that has brought him fame and for which he is mentioned here is his work Old and New Prussia, published in 1684. It describes, in its entirety, the life of Prussia and its history after the invasion of the Teutonic Order. This written work has survived serious criticism from Hartknoch’s predecessors and influenced the image of Prussian history for a hundred and fifty years.” (Wegele). - Two parts include of these descriptions: of ethnology, language, local residents, religion, law, coins, war equipment, customs, and habits as well as an extensive chronicle of the city. - J. K. Kraus, C. Pietesch, and J. J. Vogel’s engravings depict scenes from Königsberg, Gdańsk, Elbląg, Thorn, and Braunsberg on engraved planks, and in text half page size scenes of Memel, Heilsberg, Bartenstein, Insterburg, Riesenburg, Zalfeld, Marienwerder, Frauenburg, Marienburg, Angerburg, Brunsberg, Tapiau, and the like. Further on there are: 1 double page size picture of a coin and costumes; 4 pictures of animals; numerous portraits - individual portraits show some brown stains; 1 in text engraving on paper; 1 engraving of a portrait cut along the border line and covered; 2 pages with edges torn off; 2 pages with tears; writing and signs of the owner on the inner cover at the beginning of the book.

The Old and New Prussia, or Prussian History in Two Parts is the most important work of the historian, lecturer at the University of Königsberg, and Rector of the Vilnius Evangelical Lutheran School Christoph Hartknoch (1644–1687). It is a source of information about the history, ethnography, and mythology of Prussians and other Baltic nations. The book is illustrated with panoramic views of Prussia, cities of Lithuania Minor, and other engravings, as well as Christoph Hartknoch’s map of Prussia.

Reference: "The Collection of Lawyer Jaunius Gumbis: the Past Preserved in Books". Museum and Collector - 7. Vilnius: National Museum of Lithuania, 2018, p. 319.

Published: "The Collection of Lawyer Jaunius Gumbis: the Past Preserved in Books". Museum and Collector - 7. Vilnius: National Museum of Lithuania, 2018, p. 318-325.

4th: Ragainė. A wooden Skalvian castle stood in Ragainė (German Ragnit) as early as the 13th century. The castle was destroyed in 1278 by the Teutonic Order. In 1397–1409, Teutonic Order built a mortar castle. An important road passed through Ragainė to Samogitia and Kaunas. In 1549–1563, the pastor of Ragainė was Martynas Mažvydas, the author of the first Lithuanian book Catechism (Catechismusa Prasty Szadei), which was published in Königsberg in 1547. The top right of the engraving shows the protestant church in which Mažvydas worked and was buried.

5th: Tilžė. The foundation of the city of Tilžė (German Tilsit) is related to the Skalvian castle that stood on the border of Skalvian and Samogitian lands and was destroyed by the Teutonic Order. The Order built their own wooden castle in 1288, and a mortar castle in 14041409. In the first half of the 16th century, a new residential castle was built in Tilžė. In 1552, Tilžė was granted city rights, and its territory expanded. The city became an important centre of trade, through which part of the trade routes of the Grand Duchy of Lithuania also passed. For a long time, Tilžė was also a centre of Lithuanian culture in Lithuania Minor.